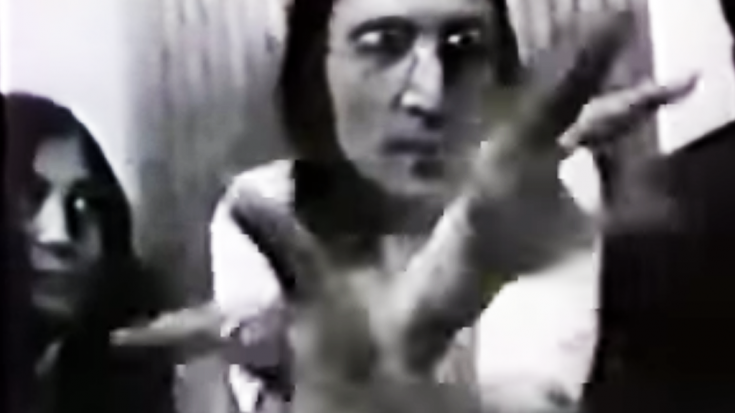 To Put It Lightly, John Lennon Is TRIPPING!

Even to this day, John Lennon is one of the most beloved figures in all of activism and music. Who he simply was as a person turned out to be one of the most influential things… literally ever! He is also known to be quite heavily into drugs, I guess. He was often accused of writing the song Lucy In The Sky With Diamonds about LSD (L=Lucy – S=Sky – D=Diamonds). The point is that he is often associated with drugs. Now, this video we have here doesn’t necessarily constitute that John Lennon is on drugs here, but it’s fun to make that assumption, and it’s not an assumption without merit.

What you’re about to watch here is a rare piece of footage where it shows John Lennon doing some crazy weird things, or as the kids nowadays would say “Tripping Absolute B***sack!”. Though it’s an odd video, it’s one of those videos that you simply can’t look away from. John Lennon is definitely doing some out of character motions, and Yoko Ono is sitting there with a strange expression of approval on her face… Just watch.