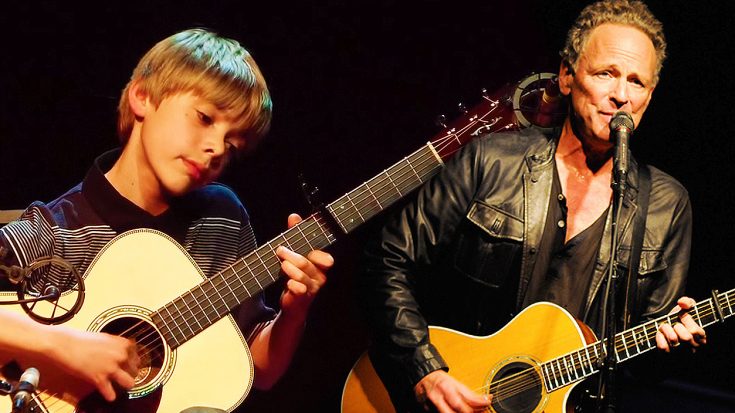 Possibly one of Lindsey Buckingham’s best performances on the guitar is on Fleetwood Mac’s hit “Never Going Back Again.” Buckingham’s fast picking on the song makes it extremely difficult to master, but that didn’t stop this 14-year old. Meet Quentin Calleweart, a young classical guitarist who shares his original work and covers on YouTube. Back in 2013, Quentin decided to take on “Never Going Back Again,” and absolutley nailed it. In the description of the video, he dedicates the song to his older brother, claiming that it’s his favorite song. We’re definitely positive Quentin made him very proud with this cover.

Quentin shows off some mastery picking skills on this one. In the beginning of the video he states that the arrangement of the song is by Dutch composer Harry Sacksioni, therefore giving the song a fresher touch on the original. It’s an extremely impressive cover, and we’re pretty sure if Lindsey Buckingham got ahold of this, his jaw would drop at how well he mimicked his playing style. Quentin has numerous other covers on his channel from various artists, including The Beatles, Lumineers and The Stray Cats. In some of his other covers, Quentin sings and his voice is very impressive. Unfortunately he doesn’t sing on this track, but hopefully he puts out another cover of this song where he does show off his voice!

Watch Quentin’s awesome cover down below, and check out his other work as well!