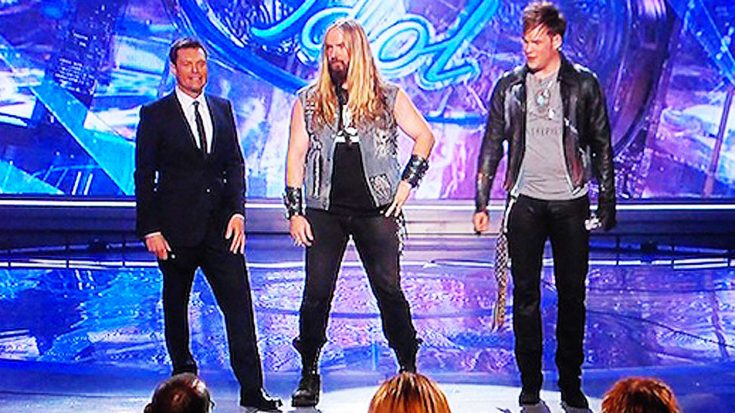 No Matter Where He Goes, Zakk Wylde Does It Like Only He Can!

Zakk Wylde, the former lead guitarist for Ozzy Osbourne and frontman for hard rock band Black Label Society, is undoubtably one of the most prolific and bold guitarists today. Even several years after his illustrious debut alongside Ozzy Osbourne, Zakk Wylde is still highly regarded as one of the most influential guitarists of all time. With all of that being said, you can be sure that the man will forever be canonized.

Did you know that Zakk Wylde once made an appearance on American Idol? Well, no one expected it at all, and needless to say, the crowd was stunned with what they had just seen and heard. What you’re about to watch is a video where Zakk Wylde, as we just mentioned, leaves his audience stunned. If you’re a Zakk Wylde fan, or an American Idol fan, or both, this is a must watch! See for yourself!