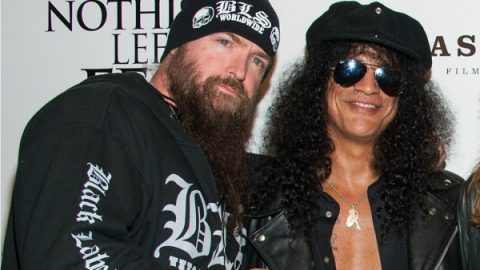 Zakk Wylde Has Some Choice Words For Guns N’ Roses

Zakk Wylde recently did a podcast where he was asked about a great number of things. One of which included what he thinks about the recently reunited Guns N’ Roses. Now it’s interesting because, Zakk Wylde has a pretty neutral relationship with the band. Nothing bad, nothing really endearing, just pretty simple. Nevertheless, just like anyone who has even heard of Guns N’ Roses, he has an opinion on them, and it’s pretty bold. Here’s some of what he had to say.

You can listen to the full podcast/interview here.