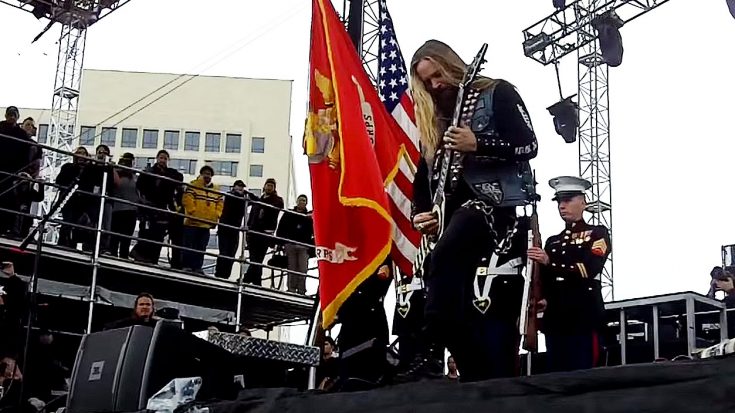 Zakk Wylde Pays Tribute To The Troops In The Most Epic Way Possible!

Black Label Society frontman and former lead guitarist for Ozzy Osbourne, Zakk Wylde is undoubtably known for being one of the most aggressively innovative and uniquely prolific guitarists of the last 30 years. He is a guitarist with style that is often imitated, but never duplicated. He is one of the best, but you obviously don’t need me to tell you that. If this video we have here doesn’t prove it, nothing will.

What you’re about to watch is a video in which the metal viking himself, Zakk Wylde takes to the stage and performs the national anthem on his guitar. All truly seems normal at first, but the real amazement and awesomeness takes place as soon as Zakk Wylde fires up his amp and pedalboard and shreds away. This is truly the best way that Zakk Wylde could’ve paid tribute to the troops. Don’t believe me? See for yourself!