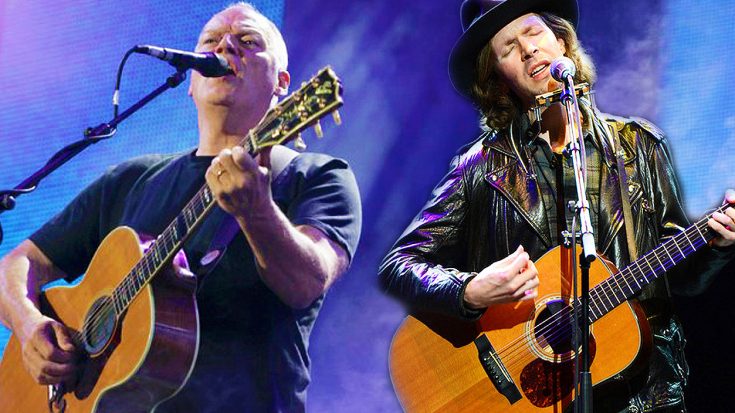 Pink Floyd were pioneers of 60’s psychedelic rock, and music in general. Their legacy has spanned numerous generations, and many current artists and bands have modeled their style, sound and flare around the legends. Two artists that have been known for doing this, are Chris Martin from Cold Play, and Beck.

Martin and Beck hit the stage together at a fundraiser event for the Boys and Girls Club in Malibu, California, and busted out the classic Pink Floyd tune: “Comfortably Numb.” Chris’ voice sounds epic on this song! Not only that, his work on the piano gives the song a softer, and delicate vibe! It sounds incredibly fantastic!

Fun Fact: In the movie The Wall, this plays in a scene where the main character, a rock star named “Pink,” loses his mind and enters a catatonic state before a show. It was similar to what Syd Barrett, an original member of the band, went through in 1968 when he became mentally ill and was kicked out of the band.

We can almost guarantee that the members of Pink Floyd would be incredibly touched by this cover! Knowing that they inspired the future generation must be the best feeling in the world.