You’ve Never Seen This Version Of David Bowie’s “Life On Mars” Video – Or Have You? 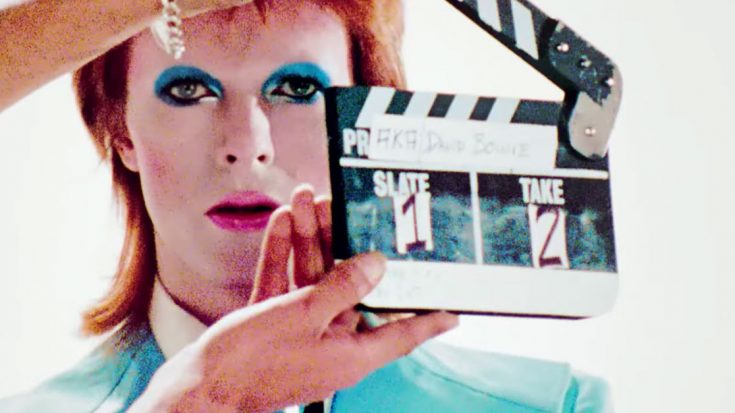 “Life On Mars” Gets An Update

In the 10 months since we said goodbye to David Bowie, the rock legend has found countless ways to continue exciting us and amazing us from beyond the stars. With only two months go until the one year anniversary of Bowie’s January 10, 2016 death at the age of 69, the latest in Bowie developments comes in the form of a brand new version of his 1973 music video for “Life On Mars,” re-edited by original director Mick Rock in advance of an upcoming documentary chronicling the last five years of Bowie’s life titled David Bowie: The Last Five Years.

Featuring footage you’ve seen before and a few fun shots you haven’t, this new video for “Life On Mars” is cut with gorgeous black and white footage that was left over from the video’s original 5 hour shoot and an epilogue at the end, giving credit to all who contributed to Bowie’s genius. According to Rock, there was plenty to work with, even without a concept.

“I had an amazing subject and an amazing song – this was the song that had turned me on to David – so what else did I need?” Rock told the Guardian.

“David never looked like this at any other time. He never wore that suit again, never had that makeup on again. He never looked more amazing – like a space doll.”

I thought I loved the 1973 original but there’s something about Mick Rock’s re-edit that brings David back to life, if only for a little while and allows us to remember him as we always have – this sharply dressed, otherworldly being sent here to make us smile and make us challenge our perceptions of the world around us. Take a gander at the re-edit in the video below and as always, let us know what you think of it!