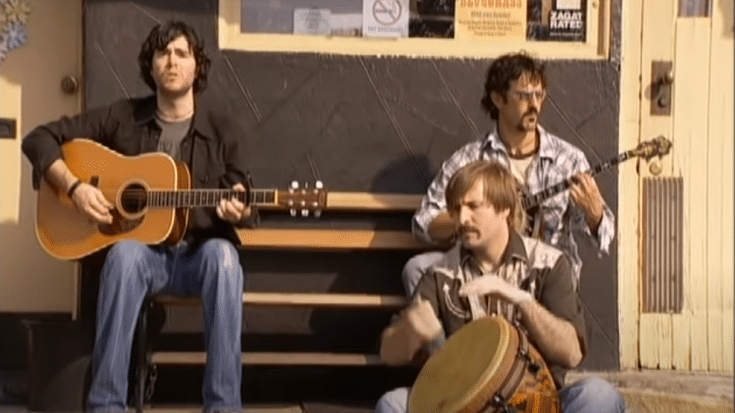 New York City-based bluegrass/roots musical group named Leroy Justice covered Prince’s signature song Purple Rain and it’s addicting and enjoyable. Curiosity and intrigue turned to awe – we didn’t expect to love this bluegrass style as much as we did. This only proved Prince’s impact and influence across other genres.

Purple Rain is the title track from Prince’s 1984 album. It’s a power ballad that features elements of rock, gospel, R&B, and orchestral music. At the Super Bowl halftime show in 2007, Prince wrapped up his set with Purple Rain and what made the performance extra special was how actual rain began to fall down while the stage lit up with purple lights. This was also the last song he performed live just a few days before he passed away in 2016.

In his concerts, it was always a showstopping number.

This bluegrass style fitting the song perfectly isn’t that surprising since Prince originally wrote this as a country track. He wanted to collaborate with Stevie Nicks but she turned it down because she was too overwhelmed. She told Prince that she wished she could do it but apparently, it’s “too much” for her.

Speaking about Purple Rain, Prince told The Observer: “It’s my albatross and it’ll be hanging around my neck as long as I’m making music.”