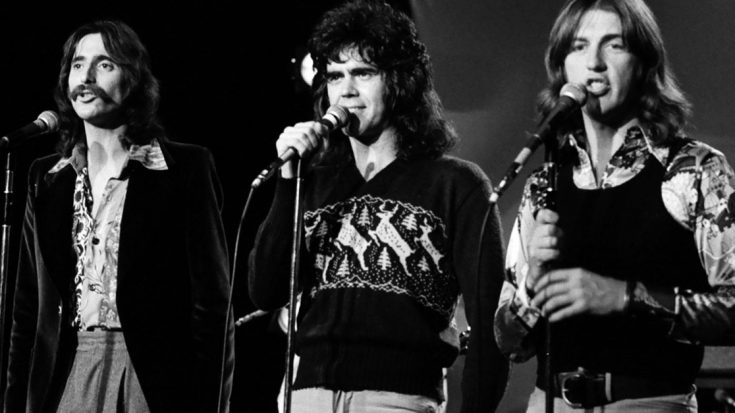 70s rock legends Three Dog Night dazzled us and kept us dancing with songs like “Mama Told Me Not To Come,” “Shambala” and that classic about a bullfrog named Jeremiah, but they’ve also got a claim one one of the most gorgeous songs of the decade with Elton John’s “Your Song”. Recorded weeks before the release of Elton John’s self-entitled sophomore album, “Your Song” began as the product of the genius songwriting team of Elton John and his chief songwriter Bernie Taupin. The song was eventually passed along to Three Dog Night, who featured “Your Song” on their 1970 LP It Ain’t Easy and beating Elton’s own recording to the airwaves by a matter of weeks was never actually released as a single, presumably to help the singer-songwriter find his own success.

In a 1975 interview with Rolling Stone, John Lennon recalled, “I remember hearing Elton John’s ‘Your Song,’ heard it in America—it was one of Elton’s first big hits—and remember thinking, ‘Great, that’s the first new thing that’s happened since we (The Beatles) happened.’

It was a step forward. There was something about his vocal that was an improvement on all of the English vocals until then. I was pleased with it.”

Featuring Danny Hutton on lead vocals, “Your Song” as sung by Three Dog Night still maintains the sweetness and naked vulnerability of the one we’ve come to know and love from Elton John, but with a few key differences that really make it stand out a cut above the rest; slightly more uptempo, Three Dog Night’s take on the song also includes a heavier bass line, giving the song a slightly jazzier feel and the guitar solo at 1:38 is what really pulls “Your Song” together. While we’re sad that this isn’t the version the world got to hear first, we’re still fiercely glad that it exists. Check it out in the audio below!