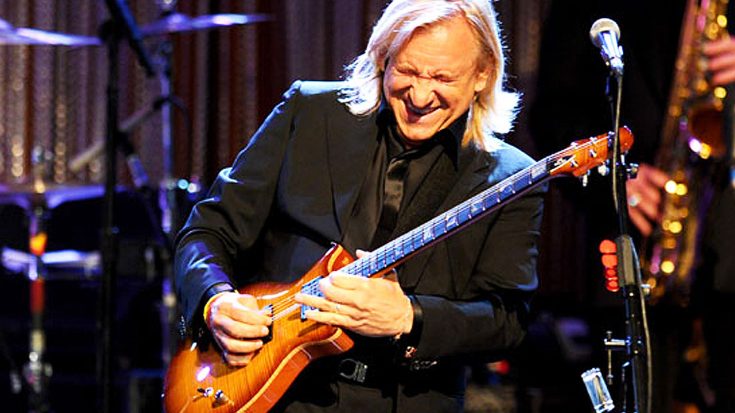 He is truly a master of his craft!

Although he was never really flashy, Joe Walsh has shredded some of the best guitar solos in rock history. Him and Don Felder’s dual solo on “Hotel California” is considerably one of the best guitar solos in the history of music, but even when he’s alone, Joe Walsh still continues to impress us all with his incredible skill. Back in 2009, Walsh shredded this unbelievable solo at a concert, leaving the audience and us completely speechless! Although it’s hard to pinpoint, we’re going to assume this is a live performance of Joe’s solo act

Did you know…? Joe Walsh’s middle name is “Fidler” (makes sense, huh?). Also, Joe attended Kent State University in Ohio. Although he dropped out to pursue his music career, he was awarded an honorary doctorate in 2001!

It’s amazing and relieving to see an artist like Walsh continue to impress us to this day! He’s an awesome guitar player, and we hope we can see more solos like this in the near future.

Enjoy this gem for yourself down below!