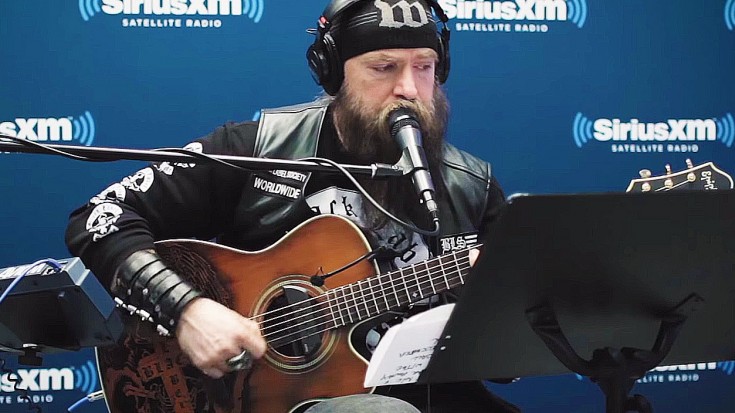 If you’re worried that Zakk Wylde may not be able to rock as hard without his Les Paul Bullseye, don’t worry – even with an acoustic guitar in his hands, he’s still a pretty tremendous force to be reckoned with and he proves it once again in this exclusive footage! Last week saw the former Ozzy Osbourne guitarist stop by SiriusXM studios where in addition to his own song “Sleeping Dogs,” Wylde delivered a mean acoustic take on Black Sabbath’s “N.I.B.” – a bluesy, Cream inspired jam with lyrics speaking from Lucifer’s perspective that walks the line between rock and outlaw country in Zakk’s acoustic take, and walks it beautifully.

Fun Fact: When the song was first released, its title was widely rumoured to have stood for “Nativity in Black”, or to a lesser extent “Name In Blood”.

Always unconventional and never boring, Zakk’s cover of “N.I.B.” showcases his ability as a musician and his often overlooked vocal abilities, exchanging Ozzy’s more nasal vocal delivery for something with a little more grit and smoke to it that perfectly suits the song’s bluesy nature. It’s something completely new and different as far as the way an artist has chosen to interpret a band like Black Sabbath, making for a cover that we’re sure anyone can appreciate!