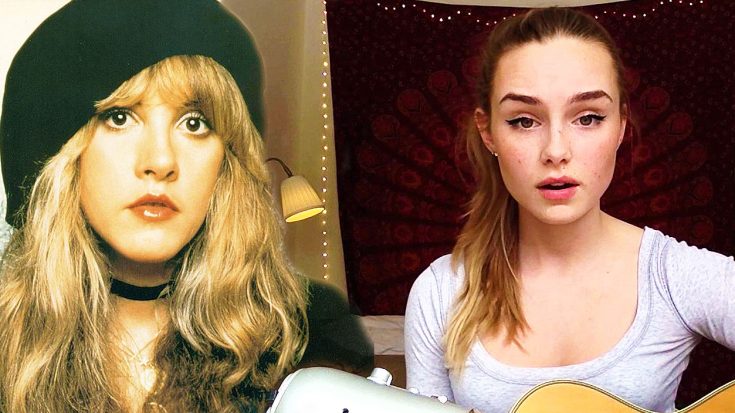 Back in 1977, British-American rock band Fleetwood Mac graced our ears with their album Rumors. One of the most popular songs on the album, is “Dreams.” The song is pretty fantastic, and this version that we’ve found flips the song onto its head, and turns it into a beautiful ballad.

20-year old Alice Kristiansen covered this tune and completely slayed it! Unlike her normal videos where she usually films herself playing the song, Alice instead records the cover and plays it over beautiful nature scenes she personally shot! The visuals complement the song perfectly, and bring out a whole delicate vibe of the entire video! Her voice is phenomenal, and sounds like a younger Stevie Nicks, and the scenes she shot look incredibly professional!

Fun Fact: The line “Players only love you when they’re playing” was directed at Lindsey Buckingham. Stevie Nicks was not pleased when he brought “Go Your Own Way” to the sessions, which was clearly about her.

Check out Alice’s fantastic cover of this song down below, and check out some of the other videos on her channel! She’s an amazing talent!