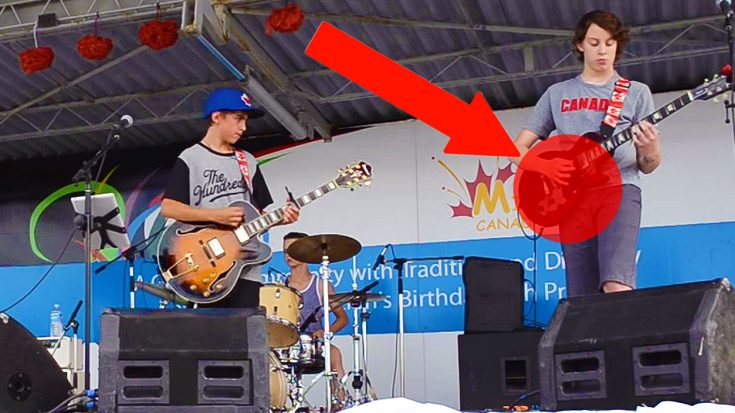 It’s always relieving to see young talent honor the classics! These young rockers from Canada proved that you can be young and still rock the classics with their amazing cover of The Eagles’ “Hotel California.” The band, which go by the name Hawthorne, played at a celebration for Canada Day, and busted out this great classic for everyone to witness. Their rendition was original, as they added a little flare of their own to keep the song fresh! Each musician was on point, especially the guitarist, who’s solo was once in a lifetime!

Fun Fact: Don Felder says they recorded the song about a year after he did the original demo, and in the session, he started to improvise the guitar part at the end. Don Henley stopped him and demanded that he do it exactly like the demo, so he had to call his wife and have her play the cassette demo over the phone so Felder could remember what he played.

It has been rumored recently that the Eagles may actually do a reunion. Henley hinted that the band could come back for a farewell tour. Of course, they would be without Glenn Frey, who unfortunately passed away earlier this year.

Check out these kids’ awesome cover down below!