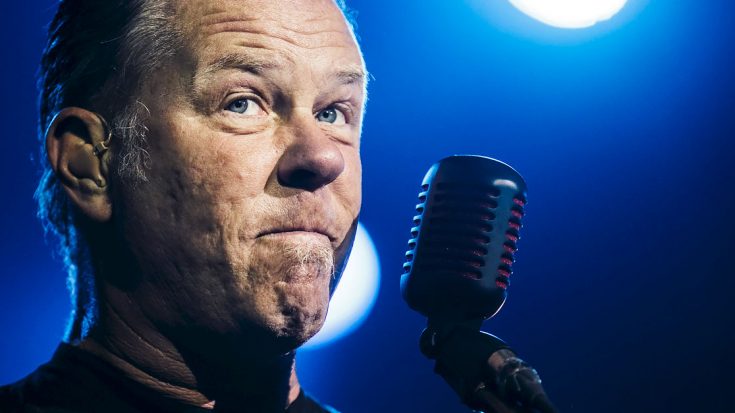 If you’re looking to see acts like Metallica play the coveted Super Bowl Halftime Show one day, don’t hold your breath; frontman James Hetfield says that his band – and many other rock bands, for that matter – will never be invited to take the stage during the biggest moment in television history, and he knows exactly why.

During a 2016 visit to Nikki Sixx‘s Sixx Sense radio show, Hetfield wasn’t shy about enumerating all of the various reasons why a band like Metallica has never and very likely will never be approached to perform at the Super Bowl Halftime Show:

“I can’t dance, I can’t jump around, I’m not an acrobat, I’m not a variety show, you know? We’re artists. We’re a band. We love playing songs,” said Hetfield.

“We’re not gonna fly through the air on a sparkly star with a unicorn.”

Once upon a time ago, when music was still music and artists were celebrated for their talent, seeing an act like Metallica playing the halftime show wouldn’t have been entirely out of the realm of possibility; these days, however, live acts at the time honored event have become, as Hetfield puts it, “Less about music, unfortunately, and more about just the spectacle”.

We may never see a true return to rock and roll at the Super Bowl Halftime show, but at least we can rest assured in the knowledge that we’ll never see Metallica betray their roots and their fans just to be able to add yet another accomplishment to their already impressive resume.