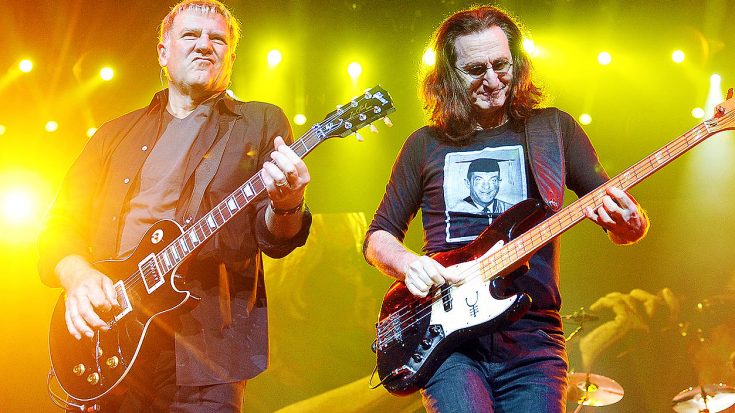 What a great surprise!

During a performance in Kansas City, Missouri, rock trio Rush were given a pleasant surprise during their performance of their classic instrumental jam “YYZ.” While playing the song that truly showcases every member of the band’s expertise of their respective instruments, they were accompanied by a small ensemble of violins who helped add to the dramatic effect of the song. But it wasn’t until halfway through the song, that they realized the ensemble included a very special guest!

The band was surprised by actor Paul Rudd, who is also a major fan of the band! Paul emerged in front of the ensemble and started jamming on the cowbell. He was then shown on the giant screen behind the band, and was immediately recognized by the audience and band members! Alex Lifeson walked up and greeted him, and Geddy Lee made his way over to jam with Paul as well!

For those who don’t know, Paul and the band bonded while the making of Paul’s movie I Love You, Man. The movie is about two guys who share a bromance, and fittingly their favorite band is Rush, who are notoriously known for their fan base being mostly males.

Check out the awesome/hilarious moment down below!