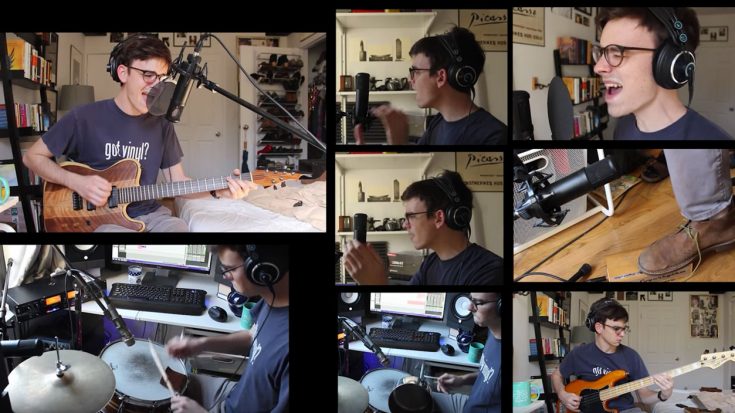 Josh Turner Can Do It All… Literally!

Let’s talk about The Rolling Stones. They are one of the (if not THE) biggest classic rock bands that has ever, and I mean EVER played a live concert. At this point, they are so much more that a band, they are a global brand. Some would even say that they are a culture. My point is, they are iconic, and when you’re in a band as iconic as they are, your songs are bound to get covered from time to time. Some of those covers will good. Some will be bad, and very few will be great. The one we have here, is one of the great ones!

What you’re about to watch is a young man by the name of Josh Turner pick up his drop-dead gorgeous guitar and every other instrument he has and cover the hit song by the aforementioned Rolling Stones, called Honky Tonk Women. What makes this video so amazing is that he is able to play AND sing each part all by himself! See for yourself!