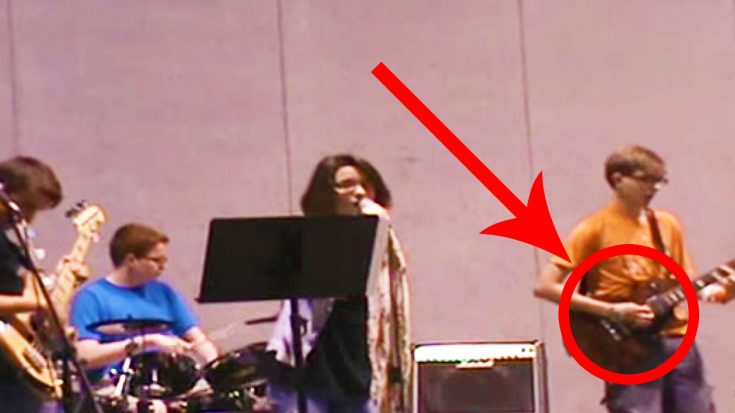 A Near Perfect Rendition

There’s no denying the fact that Rush are easily one of the most technical, and instrumentally talented bands in the history of music and rock n’ roll. With this being said, their songs are incredibly difficult to cover, and their skill is nearly impossible to match! But, it’s always worth a try!

For these young high schoolers, they can honestly say they pulled off a near perfect cover of Rush’s all-time classic “Spirit of the Radio.” One of the more complex songs Rush has ever done, “Spirit of the Radio” is always a treat to hear. In order to pull this cover off, you pretty much need the guitar, bass, drums and vocals to all be top notch! This specific cover is done by a band called in tune, a four piece band that decided to perform the song at what appears to be a school function, or talent show. You can hear by the crowd’s reaction that their cover was well received, and a near perfect imitation of what Rush would play!

Fun Fact: In the last verse, the line “The words of the profits are written on the studio wall” is a play on words. Rush drummer and lyricist Neil Peart wrote it as “profits” rather than “prophets” to expose the money-grubbing side of the music industry. The lyrics were included in the album and the CD.

Check out in tune’s insane cover of this song down below, and also check out the other videos on their channel! They’re pretty awesome!