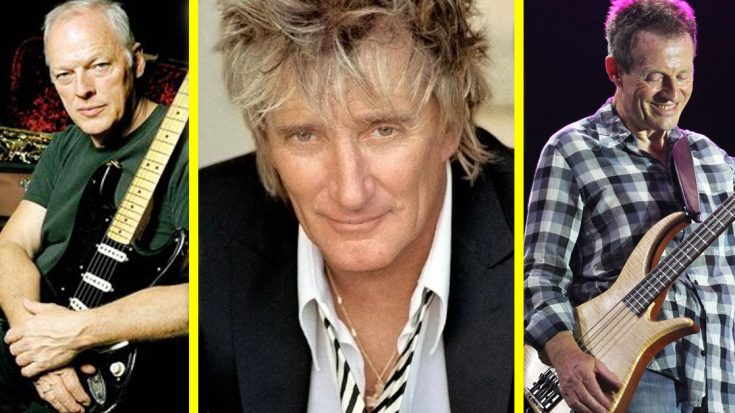 “Every Day I Spend My Time, Drinkin’ Wine…”

Long before Rod Stewart was being knighted for his massive musical contributions to the world, he started out like many other musicians: struggling. He was enlisted by Australian rock band Python Lee Jackson to record vocals on their track “In A Broken Dream” after the band realized that their own singer Dave Bentley’s voice wasn’t quite suited for the song’s sticky, bluesy feel and although Rod was never credited for his vocals, he did receive payment in the form of seat covers for his car.

Fast forward to 1992: not only is Rod wealthy beyond his wildest dreams, he’s one of the most fiercely respected artists of his time for his work with Faces and as a solo artist, only two years away from a Rock and Roll Hall of Fame induction. He headed into the studio to re-record “In A Broken Dream” and enlists the help of rock legends David Gilmour of Pink Floyd and Led Zeppelin’s John Paul Jones, absolutely dazzling with a stunning amalgam of guitar work, rhythm work, and yet another powerhouse vocal performance from Rod himself.

It would be 17 years before this brand new version of “In A Broken Dream” saw the light of day on The Rod Stewart Sessions 1971-1998 box set, but boy, was it worth the wait! One of our favorite Rod Stewart songs that he never actually wrote but sang so well that it may as well be his anyway, “In A Broken Dream” is nothing short of a masterpiece and after giving it a few spins, we’re sure you’ll agree!