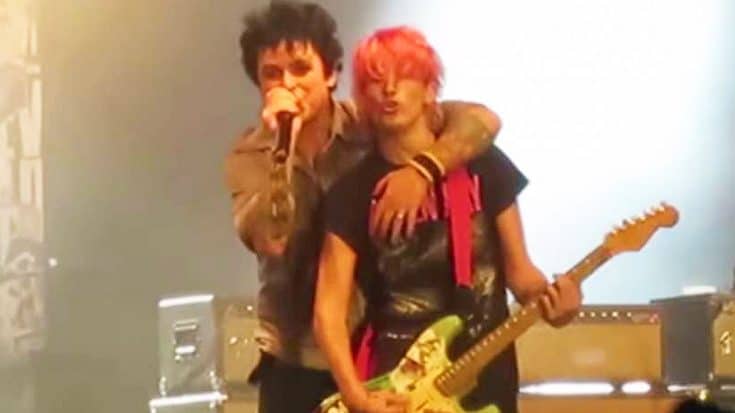 This fan came around at the right moment!

If you’ve ever been to a Green Day show, you would know the band is notorious for bringing up fans to join them on stage to sing, dance or play instruments. Green Day truly care about their fans and go the extra mile to give them a show they will never forget!

Recently, the band played a show in Chicago, and called up a fan who was a lot more enthusiastic compared to others. The fan’s name is Thomas Bulvan, and lead singer/guitarist Billie Joe Armstrong loaned him his guitar to play on the Dookie classic “When I Come Around.” Bulvan’s energy is off the charts, as he pulls off some incredible jumps and guitar tricks throughout the song! He blends in perfectly with the band! On top of his tricks, Bulvan also plays the song to perfection without missing a beat!

Fun Fact: Billie Joe Armstrong wrote about being away from his girlfriend (now wife), Adrienne Nesser, and the frustrations they both felt when he was on the road. Billie Joe met Adrienne in 1990 when Green Day performed in Minnesota, where she lived. He was just 18, and found it difficult to maintain a long distance relationship, especially with his touring schedule. In this song, he affirms his devotion for her, assuring her that when he does get to see her (when he “comes around”) he will make it up to her.

Check out the awesome moment down below and let us know what you think!