You’ll Be Surprised How Many Rock Legends Are Left-Handed 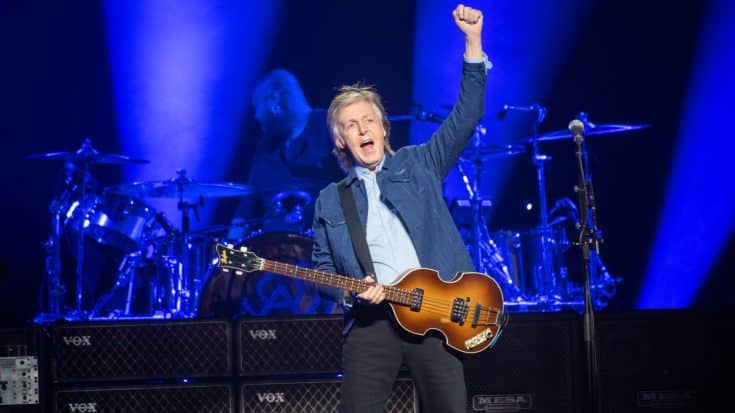 You are probably not aware that you’re favorite rock star is a lefty. We honor some musicians that are naturally left-handed. Some of them had to learn to play instruments with their right hands, while some had to adjust their setup to be able to work and create music.

Duane Allman
Many guitarists have been trying to copy the signature sound of Allman’s slide playing. Some even buy Gibson Les Pauls just to get the sound right. But what other people don’t know is that Duane’s a lefty who played right handed. Some might be confused with how he plays the guitar, but the secret is just really that he is good.

David Bowie
Of course, left-handed guitars were not that popular in the shops in postwar Great Britain. So, young Bowie had to shift from a lefty to a right-handed guitar player, and that might be the first transformation he made in all his character changes.

Bun E. Carlos
You know a good band when you see a great drummer, and Cheap Trick is one of those bands. Carlos versatility shows knowing that he could amazingly play the drums either right handed or left.

Kurt Cobain
One the famous lefties, Cobain had to rely on cheap right-handed guitars from pawn shops and re-string them because he couldn’t afford a new left-handed model in the early days of Nirvana. But after reaching fame and success, he got the opportunity to get left-handed Fender Jaguars and Mustangs direct from the manufacturer which led him to work with Fender and create a hybrid of the two models that was called the “Jag-Stang.”

Phil Collins
Collins is undeniably good at playing drums whether he’s with his band The Genesis or just flying solo. Although, he had to place his kit backward so that the snare and kick drum would be where they felt natural to him. Sadly, a few years ago, Collins worked his left hand and arm so hard that he suffered neurological damage to that limb and underwent surgery.

Stewart Copeland
Copeland contributed a great sound in the history of rock and roll creating the classic reggae/ska beat that goes with the Police during the ’80s. But what people might not know is that he did it all while playing opposite of his natural left-handed tendency. He told Music Radar: “I play instruments right-handed; it’s just more convenient that way. Like most left-handed people, I am close to being fully ambidextrous.”

Billy Corgan
Unlike other mentioned artists, The Smashing Pumpkins singer and guitarist denied his lefty heritage and plays guitar in the standard right-side dominant style.

Elliot Easton
A lot of artists on our list of lefties were able to learn to play their instrument right-handed, but for Easton, he didn’t bother at all. He realized from the start that it would be easier for him to get someone to flip around the guitar’s nut and strings. When the Cars successfully had their first hit album, Easton got the guitar he needs, and up to this day, he still collects new and vintage left-handed axes.

Robert Fripp
Fripp took the challenge of being a lefty as an opportunity to create his own distinctive style. He once told Guitar Player: “I work on the assumption that you have two hands, so why not use each of them.”

Jimi Hendrix
Probably the most famous lefty in the rock history. Interestingly, Hendrix wrote with his right hand, but when it came to playing guitar, he found that he was more naturally inclined to play it backward. Jimi would play it lefty when his dad wasn’t there and righty when he was.

Tony Iommi
Certainly, the Black Sabbath riff-meister is part of the list. When Iommi got a serious injury suffered at a sheet metal factory, resulting in the loss of part of the fingers on his right hand (the ones he used to form notes on the neck of his guitar, as a lefty), the Gibson SG-wielding metal legend became his friend working around the disability.

Mark Knopfler
Dire Straits frontman credits his left hand for helping him develop his own signature sound. He once said: “It obviously means my strong hand is on the neck for a good vibrato. I can pull or bend three strings all at the same time quite easily.”

Paul McCartney
Another famous lefty rock star. Even though McCartney can write with his right hand and drums like a righty, he has almost always played bass, guitar, mandolin and any other stringed instrument he comes across like a lefty. It started when Paul was first handed a guitar (a right-handed model, naturally), he couldn’t manage to make much noise with it, but once he flipped it around, Macca noticed his aptitude was getting better. Now, McCartney has a nice collection of rare left-handed guitars, including an exceptional 1960 sunburst Les Paul, one of only a few lefty models made that year. The guys at the factory didn’t even reverse the “Les Paul Model” logo on the headstock, so it’s upside down when Paul plays it.

Gary Moore
Before settling into more blues-flavored tunes in his later life, Moore spent the early part of his career creating massive riffs and blazing solos in rock bands like Thin Lizzy and Skid Row. Whatever genre he is playing on his iconic Les Paul that he bought off Fleetwood Mac’s Peter Green, he did it like a left-handed converted to a right-handed form of playing.

Ian Paice
Decades with Deep Purple, Paice has sat behind a left-handed drum kit with reverse of the typical set-up, the snare and hi-hat on the right and the kick placed near his left foot. Paice recalled years later: “I never even thought about it until I went to set up my first decent drum kit and saw that it was built for a right-handed player. The tom mounting was in the wrong place. When you watch yourself in the mirror, you look right-handed, so you think you look just like everybody else.”

Joe Perry
Aerosmith’s Perry writes with his left hand, but can right-handedly play the guitar. Perry learned to play righty, which is why many fans have never realized that he’s left-handed.

Iggy Pop
When Iggy Pop plays guitar, he plays it left-handed, although it isn’t something you would notice. Yet, if you’ve ever witnessed footage of the infamous “peanut butter incident,” you might notice that Iggy is smearing the stuff on his chest with, you guessed it, his left hand.

Paul Simon
Simon wrote the iconic lyrics to songs like, “The Sound of Silence,” “Mrs. Robinson,” “Kodachrome,” and “50 Ways to Leave Your Lover” with his left hand, but he forced himself to learn to play and create the music and guitar sounds with his right and it all paid off.

Ringo Starr
Another Beatles lefty, Starr was born left-handed but was forced by his grandmother to write with his other hand. So by the time he became a musician, he was comfortable with a right-handed drum kit, but had more control over his left hand than most other drummers. In some songs, he would lead with his left hand and move right-to-left across the toms instead of the usual way of going left-to-right. It became one of the special traits that made the Beatles sound great and hard to replicate.

Dennis Wilson
Unlike other lefty drummers, The Beach Boys’ Wilson favored his left hand when playing (though he kicked the bass drum with his right foot), which made him one of the few early drummers of open-handed drumming. A typical right-hander would hit the hi-hat with his right hand and the snare drum with his left and end up crossing his arms while keeping the beat. But lefties like Dennis switched hands, leaving their arms in an open position. Some righties will occasionally switch to the open-handed method, but most dislike it because it limits their ability to hit crash cymbals.

Johnny Winter
Born nearly blind and afflicted with albinism, Winter overcame many obstacles in his life, including learning to play right-handed guitar on his early days.