Ozzy Osbourne Says He Won’t Be Alive “That Much Longer” 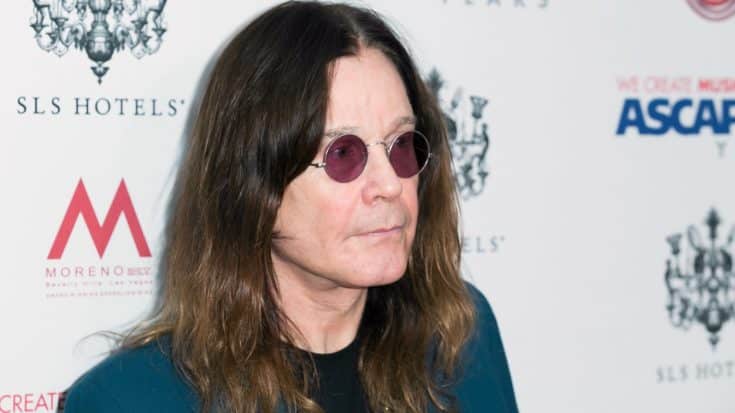 Ozzy Osbourne has opened up about his health battle in a 2020 interview with Robin Roberts on Good Morning America.

The “Prince of Darkness” talked about his fall in February 2019 that forced him to postpone his world tour and recover at home. During his surgical operation to treat a neck injury, it was discovered that he has Parkinson’s Disease.

Ozzy describes 2019 as “Worst, longest, most painful miserable year of my life.”

“When I see my wife go to work, my kids go to work… that gets me down, because I can’t contribute to my family.”

“There’s so many different types of Parkinson’s. It’s not a death sentence by any stretch of the imagination, but it does affect certain nerves in your body. And it’s like you have a good day, a good day and then a really bad day.”

His children Kelly and Jack first realized that something wasn’t right with their father.

“It’s really strange how this works. There are some days where I will walk in this house and I’m like, ‘there’s absolutely nothing wrong with him.’ And you think, ‘oh my god, he’s gonna be great, we’re gonna be leaving for tour next month,’ and then you come back the next day, and nothing has happened, but it’s like he can’t feel his arm and he can’t get off the couch.. The hardest thing is watching somebody that you love suffer.”

They all had to accept what’s really going on, but it took a while for the family to be on the same page. Kelly helped him to get back on his feet.

“The only thing I know when it comes to my dad is what I can do to make him smile and I know that going to the studio makes him happy. So I got him up and got him to the studio, and that’s all I did, everything else was him.”

Ozzy pointed at Kelly and said:

“If it wasn’t for her I’d still be lying on the couch.”

On the other hand, Jack relates to his father on a more personal level, having diagnosed with Multiple Sclerosis in 2012.

“I understand when you have something you don’t want to have. I don’t push it. If he wants to talk about it, he talks about it.”

“We all learned so much about each other all over again and it’s just reaffirmed how much we all love each other and how strong we are.”

The family reassured people that he is doing so much better compared to what he was after the accident.

“This time one year ago, we didn’t know if dad was ever gonna walk again.”

The “Ordinary Man” wants to get back on the road again.

“I want to see my people, I miss them so much. And I just hope they hang on and they’re there for me, because I need them.”

“He’s gonna get back up there and he’s gonna do what he loves to do. I know it.”

In a separate interview with Kerrang, Osbourne revealed that he’s not troubled by the idea of his own death. He said:

“Do I ever think about when my time’s gonna come?

“I think about it, I don’t worry about it. I won’t be here in another 15 years or whatever, not that much longer, but I don’t dwell on it.

“It’s gonna happen to us all. Am I happy now? No. I haven’t got my health. That thing knocked the shit out of me, man, but I’m still here.

“I feel better now I’ve owned up to them [my fans] about having Parkinson’s.

“To hide something is hard – you never feel proper. You feel guilty. I’m no good with secrets. I cannot walk around with it anymore. It’s like I’m running out of excuses.