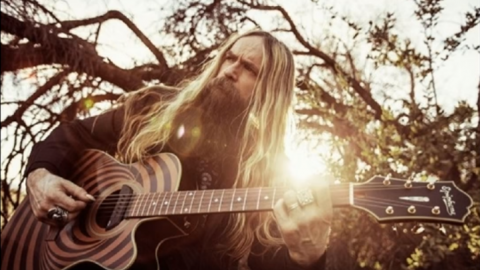 Zakk Wylde has a lot on his plate right now. He has just launched a series of audio guitars and amps, released his latest album ‘Book of Shadows II’ and he even participated in one episode of Taste of Metal by recreating a dish inspired by his heavy metal band’s music — the Berserker spicy fried chicken sandwich. Yum! Anyway, on his recent interview, he talked about sharing the stage with Black Sabbath’s Ozzy Osbourne since he used to be Ozzy’s lead guitarist until he was replaced in 2009 by Gus G. For the record, all is well between them.

“My relationship with Oz and Mom [Sharon Osbourne] is just if they called me up to bring over milk and eggs I’d do it because I love them. I’m always here for him whatever he needs me to do. Like I said I’m just a phone call away but Gus is my buddy and he’s killing it with the boss [Osbourne] right now and he’s Ozzy’s guy without a doubt.”

And of course, he was also asked about AC/DC having Axl Rose as frontman. And yes, we couldn’t agree more with what he said.

BTW, we can’t wait to see him play alongside Ozzy again!