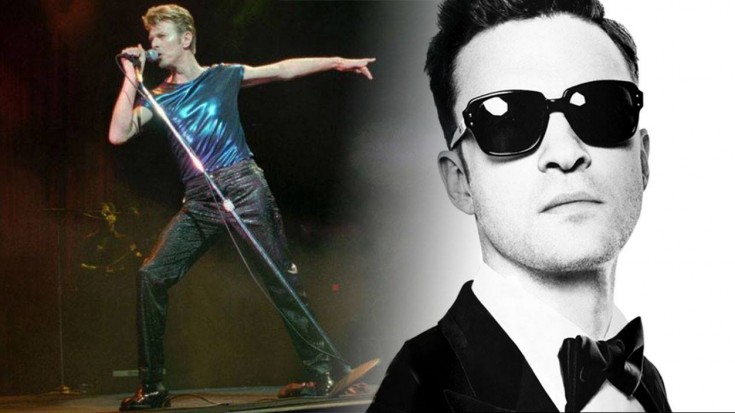 One could argue that David Bowie will go down as one of the most influential figures in the history of music. He left a major mark on the music industry, and inspired so many of today’s modern artists. One in particular, was Justin Timberlake. Timberlake said that Bowie was a major influence on his 2005 solo album FutureSex/LoveSounds. On that album lies Timberlake’s most successful song and first ever number 1 hit: “SexyBack.” Timberlake said he had been on a huge Bowie kick at the time, and was listening to his music non-stop. The day before he wrote “SexyBack,” he had played “Rebel Rebel” over and over again about 15 times.

“We were interested in taking those new-wave synth sounds that were made popular by bands like Tears for Fears and the Human League and seeing how much R&B we could add to that sound.”-revealed Timberlake

“SexyBack” won a Grammy for best Dance Recording in 2007, and FutureSex/LoveSounds became Timberlake’s first album to hit Number 1, and went Platinum 3x’s in the US, selling over 4 million units.

Below is a video of Timberlake talking about Bowie’s influence on the album prior to its release.