Why Listening To Ted Nugent Is Good For Your Health! 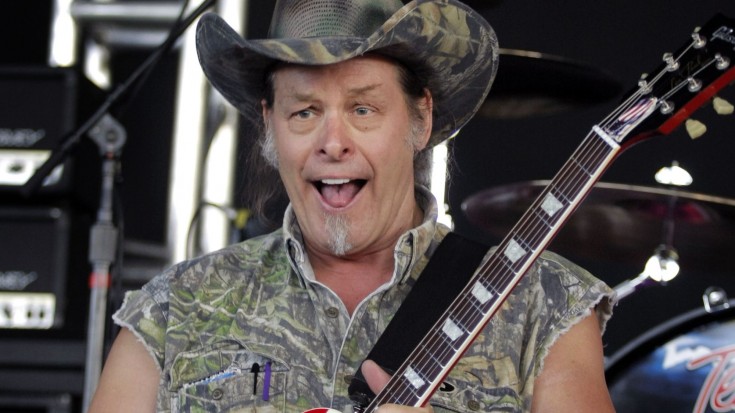 Who Needs a workout Plan When You Have Ted Nugent!?

Saying that “Ted Nugent is quite the character” is quite an understatement. He is infamous for his antics and outspokenness. He certainly knows how to turn heads, that’s for sure.

Ted is also known for  his outstanding health. His is completely straight edge and does not drink, smoke, or do drugs. So even though he’s a health nut, you wouldn’t think his music was necessarily made to be factors in creating good health habits, would you? I think so! Here’s the proof!

Let’s start off with his arguably most famous song, ‘Cat Scratch Fever’. Before he released this song, hardly anyone knew that this common condition even existed. However, with the track being as popular is it was/is, the phrase gets thrown around all the time. It’s even raised awareness to this condition. So we have good ‘ol uncle Ted to thank for basically discovering this condition. Maybe we should him Dr. Ted!

Another factor is that the majority of his songs are generally upbeat and fast. It’s the kind of music that makes you want to get up and move around or even go and workout. Yes, you could argue that all rock music does this, but think about this. For example, I could listen to Ozzy Osbourne all day, and it could get me pumped up to some degree, but then I picture Ozzy, and when I do, I don’t picture a healthy person per say. however, when I picture uncle Ted, I’m inspired to get in as good of shape as he’s in.

So there’s your proof! Listening to Ted Nugent is good for your health! Now put on some good ‘ol uncle Ted and get that beach body you always wanted!