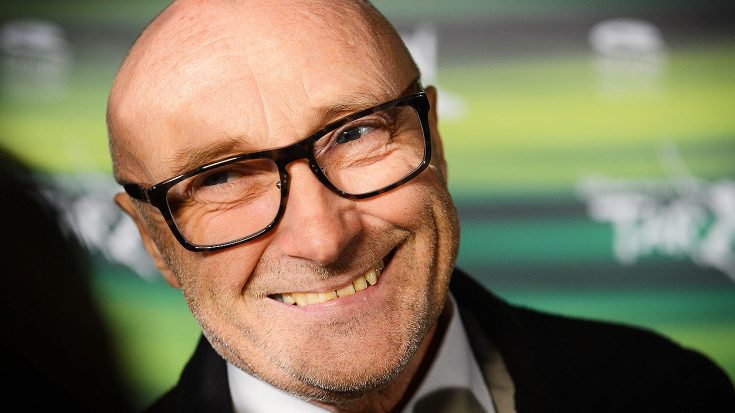 Who knew it was such a grueling process!

When Peter Gabriel quit Genesis in 1975, the band was left in limbo. No one knew what would happen. Would they disband all together? Replace Gabriel with a new lead singer? It was a dark time for a successful band.

Luckily, Phil Collins stepped it up and did double duty on the drums and vocals! However, there was one thing that Phil feared when he assumed the role of frontman, and it almost drew him away from taking the reigns.

“My main worry was what I was going to say to the crowd as the band are tuning their 12-string guitars between songs. You can’t let the dead air settle, you have to fill it, and that’s what Peter became good at.”– Collins revealed.

Collins realized he needed something to fill time, so he began telling stories. He recalled an embarrassing story he told in Spain, that he considers one of his most humiliating moments in his career.

“I used to tell little stories. Sometimes it was terribly embarrassing. I concocted this story for The Cinema Show. We were in Spain in a bullring and for some reason I can’t quite fathom, the story involved an inflatable doll. There was this guy, trying to blow the doll up, and he’s smoking and of course he bursts the doll. It was quite funny on paper. But I’m standing there in this bull ring, telling my story, which is written on a bit of paper in my hand, in pidgin Spanish, trying to blow up an inflatable doll. It became quite clear this story was going to take a good half hour.”– Collins said.

Luckily Phil got the hang of it, and was able to have a very successful career! Phil and some members of Genesis will be touring together next year, so be on the look out for more embarrassing stories from Phil while they’re on stage!