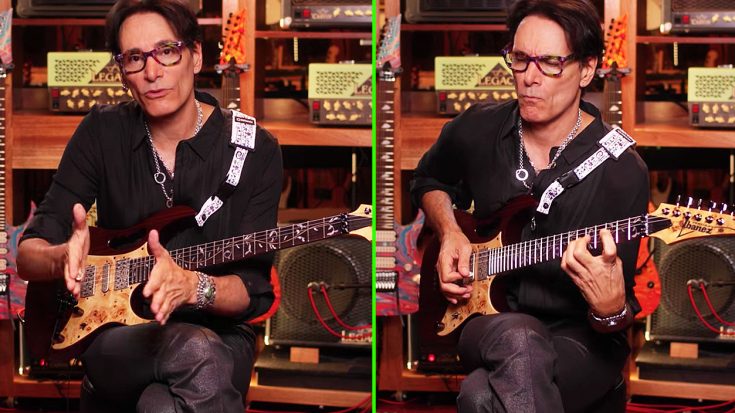 His fingers are lightning fast!

There’s no denying that Steve Vai is one of the most creative guitarists in rock n’ roll. His sound is so recognizable, and his playing is very difficult to mimic. Not only that, his guitars are always colorful, and have a creative shape. I mean, who else has a guitar with a handle on it!?

Anyway, we’ve dug up a video of Vai providing some free guitar lessons, and he unlocks the secrets to his guitar playing skills! Not only that, he lets us in on his setup, and shows off the type of gear and equipment he uses. If you’re a guitarist you need to see this, that way you can rig up your stuff just like Vai. While he’s showing off his setup, and spilling his secrets, he shreds a mind blowing solo! His fingers are moving lightning fast, and will bring any guitar enthusiast to their knees in amazement!

Check out this epic video of Vai down below, and let us know what you think!