I Listened To Metallica’s New Album “Hardwired…To Self Destruct”—Here’s My Brutally Honest Review! 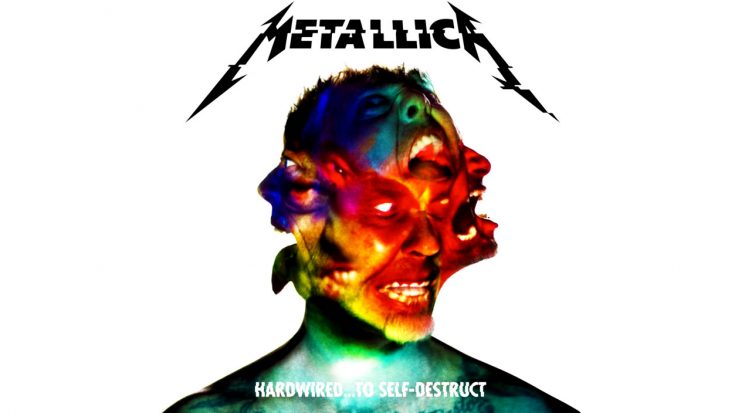 Metallica Have Stayed True To Themselves, But Have Also Evolved

Metallica’s tenth studio album Hardwired…to Self Destruct has long been anticipated. Since the release of The Black Album in 1991, Metallica have been through sort of a losing streak with their albums. The rut included a long string of misses like Load, St. Anger and Garage Inc. In 2008, the band captured some success with Death Magnetic, but the album sounded safe, almost as if the band reached base on a walk. Then 2011 saw the debacle of their collaboration with Lou Reed on the album Lulu.

That same year, bassist Robert Trujillo announced the band’s intention to record a new album, thus beginning the era of Hardwired…to Self-Destruct. The next 5 years were a period of delays, tours and recording the album, but this past month, the band finally unveiled, in my opinion, their best album since The Black Album. Not only does every member of the band sound pretty solid socially on this LP, but Metallica actually sound like they’re enjoying the music and having fun! That’s what it’s all about.

What I enjoy on this record

The opening track “Hardwired” is easily one of my favorites on the record. The fast-paced, hard-hitting opener is a great kick in the teeth to start this album. And I think it’s about time we give Lars Ulrich some much deserved credit. He sounds fantastic on this track! The double bass, fills and even the opening roll on the snare are on point.

“Atlas, Rise!” is another great track off of Hardwired… We heard this one two weeks before the album was dropped, and automatically fell in love with it. The intro to this song is complex, and sounds tight and organized. A great contrast to the usual chaotic sound that is Metallica. However, the chorus is what really puts this song over the top! James Hetfield’s melodic and timely vocals are near perfection, and it’s one of the less thrash-y songs on the record.

“Moth Into Flame” is also another great track. Very similar to “Atlas, Rise!” In the sense that the chorus really makes and completes the song. But a sleeper track on this record is “Am I Savage?” This track is a throwback to how brutal Metallica’s music can feel. I mean, just imagining listening to this song live is physically exhausting. It’s pretty amazing that after all of these years Metallica can still evoke so much emotion in their music! There’s no way that you can’t head bang to this song!

Oh, and “Confusion” is another solid sleeper track. Excellent chunky riffs, and an awesome lyrics!

Finally, in my opinion, the best song on this record is the final track “Spit Out The Bone.” This song basically embodies everything Metallica is. Brutal, melodic, thrash, tiring, and just pure metal. There are so many sections of this song, it basically sounds like a journey. It’s the perfect ending to this record. It’s almost as if Metallica is saying, “Okay, you’ve made it this far, now here’s the final boss.” I get chills every time I hear James say “Spit out the Bone!” on this song. He straight up sounds like a younger version of himself all throughout this song, and that’s what Metallica fans have been waiting to hear for so long! I have no doubt that this song will go down as a classic for the band, and will become a permanent must-play song in their live shows!

One of my few general problems on this record is Kirk’s guitar solos. Many of them sound repetitive, recycled and just underwhelming. I mean, they aren’t terrible, they just don’t really stick out as memorable to me. Even Kirk has stated that he felt like his solos on this record were effortless, and he was forced to cut out a ton of solos he had written. Maybe effortless was a bad thing, and maybe some of those cut out solos could have been put to better use.

The track “Dream No More” sounded pretty boring to me. It didn’t really captivate me like the other songs, and just sounded like a filler to me. Same feeling with the song “Halo On Fire.” “Halo” felt extremely recycled. It’s as if the band said, “Wait we need one more song! Let’s throw a bunch of riffs we’ve already used together and just rush some generic lyrics over them!” I feel like the record could have done just as fine without those songs. The sad part was, is that both of these songs are back to back and come at the very end of the first disc. So for a good 15 minutes, I felt pretty absent from the album, like it trailed off on a tangent I wasn’t too keen on until the first disc just ended.

Easily the most disappointing track on the record is “Murder One.” I wanted to enjoy this song, I really did. It’s a tribute to the late-legend Lemmy Kilmister of Motorhead, which is truly touching. But it just doesn’t do much at all for me. The lyrics are insanely generic and played-out. They make references to Aces, which is fine, but it sounds really forced and unnatural. The riffs, bass line and beat are pretty forgettable on this one as well. I respect them wanting to pay tribute to Lemmy, but the song isn’t my favorite.

So there you have it! To simply put it, if you love Metallica, this is a solid record you should enjoy. If you aren’t a big fan of Metallica, or just haven’t gotten into them yet but want to, this record is a reliable starting point. It has something for everyone, from the casual fan to the diehard. Now the only thing we can wait for is for them to tour this bad boy in 2017!

What did you think? Let us know!