You Won’t Believe How Much AC/DC Gets Paid! 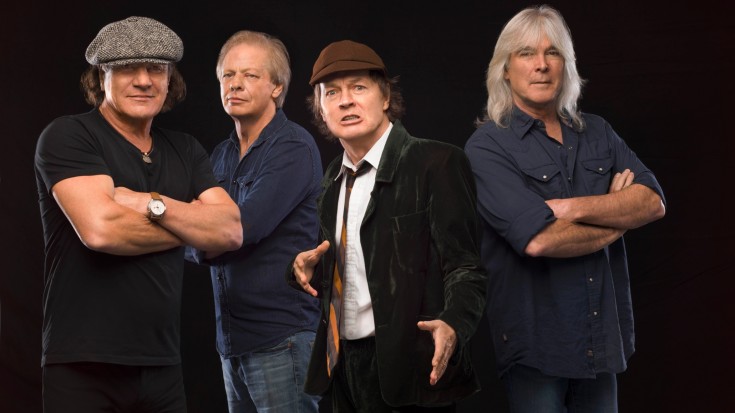 Making This Much Money Should Be Illegal!

So rock stars make a lot of money. That much is known. It’s almost the point of being a rock star. You know, buy a big house/mansion have lavish parties, buy luxury cars etc. It’s the trade mark of most rock stars, and a lot of musicians from other styles of music as well!

So when you think of AC/DC do you think of that kind of lifestyle? Can you picture them living that extravagant lifestyle? It’s a bit difficult, because all the guys from AC/DC have been smart with their earnings. They don’t overspend, they save up, and in turn they live comfortably, but just because they don’t choose to live that overly embellished lifestyle, doesn’t mean they couldn’t! Here’s the proof!

In the most recent edition of Forbes Annual Rock Earnings Chart, AC/DC reportedly earned a whopping $67.5 million! That is an ABSURDLY large amount of money! However, I think we can all agree AC/DC is truly deserving of this massive pay amount! These guys have been giving us amazing iconic hard rock music and live performances on a consistent basis!

The most amazing part of all this is that if you were to look at AC/DC, you wouldn’t think that they would have this much in their bank accounts mainly because they are a humble bunch of rockers. They son’t flaunt their earnings and they’re very charitable with their money, for the most part. This newly released information does can strike a bit of jealousy with us middle class folks, but AC/DC is more than deserving of this amount of money! So congrats, AC/DC! You deserve it!