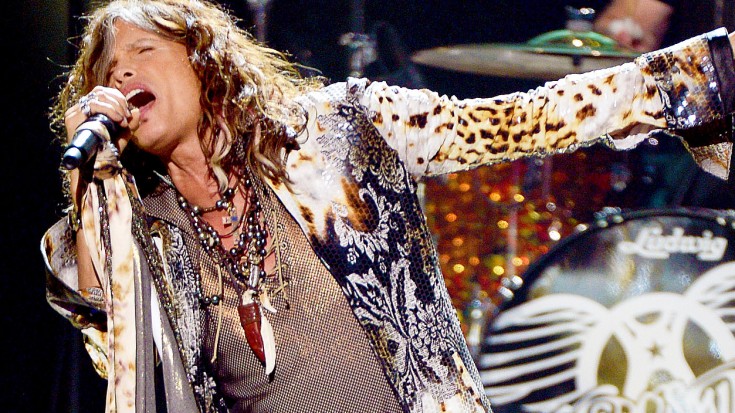 Just days away from the release of his debut solo album We’re All Somebody From Somewhere, Aerosmith rocker Steven Tyler is currently on the road in support of the album as part of his hotly anticipated Out On A Limb Tour – and as promised, our favorite leading man is really pulling out all the stops!

Backed by his band Loving Mary, Steven took over Vancouver’s Orpheum Theatre Sunday night with a career spanning set that hit every part of the musician’s nearly 5 decade long career; breaking out Aerosmith hits like “Cryin’,” “Walk This Way” and “Janie’s Got A Gun,” Steven got the crowd on its feet when he dusted off his own country tinged “Red White & You” and the newly released “We’re All Somebody From Somewhere” – the upbeat, funk infused title track to his solo debut.

As if that weren’t exciting enough, Steven delivered a swampy, bluesy take on The Beatles’ 1969 classic “Come Together” – a nod to Aerosmith and their 1978 cover. With just 15 dates left to go on the Out On A Limb Tour, if you haven’t made arrangements to go see Steven Tyler perform then by all means, do yourself a favor and check him out!