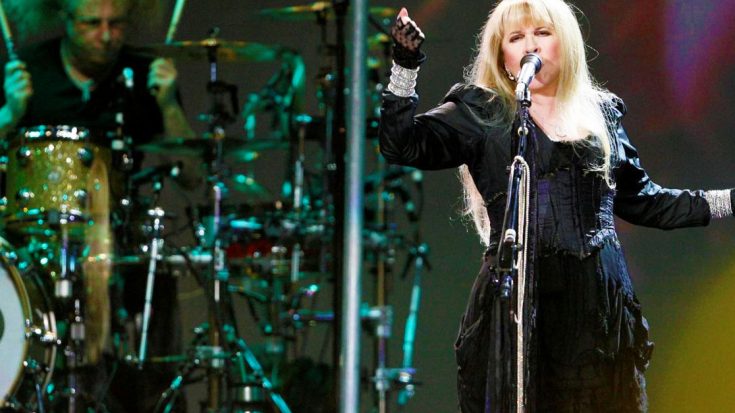 Stevie “Stands Back” In Houston, Texas

Stevie Nicks is well into her 24 Karat Gold Tour with The Pretenders and while each night brings thrills galore and new things to fall in love with, there’s nothing like hearing Stevie Nicks run through the songs that have kept us singing and dancing for as long as she’s been on our radar. No Stevie Nicks concert is complete without her 1983 smash hit “Stand Back” from her sophomore solo effort The Wild Heart and if, like us, you’ve had the privilege of seeing Stevie perform it live, then you’ll know that the charm of “Stand Back” doesn’t lie in the song itself – it’s in Stevie’s irrepressible energy.

Fun Fact: When Nicks went into the studio to record the song, she called Prince and told him the story of how she wrote the song to his melody. He came to the studio that night and played synthesizers on it, although his contribution is uncredited on the album.

We’re not kidding! The joy of  “Stand Back” ultimately lies in the joy Stevie gets from performing it, twirling up a storm the way she’s always done atop her massive platform boots before making her way back to her microphone to shout out another verse or two, and this tour’s renditions of “Stand Back” even come with an extra surprise in the form of a giant photo of Stevie and Prince appearing on the screen behind her, a nod to drawing inspiration for “Stand Back” from Prince’s “Little Red Corvette”. How awesome is that? Check it out for yourself in the video below!