Metallica Pay It Forward During Concert In Colombia With Endearing Act Of Kindness! 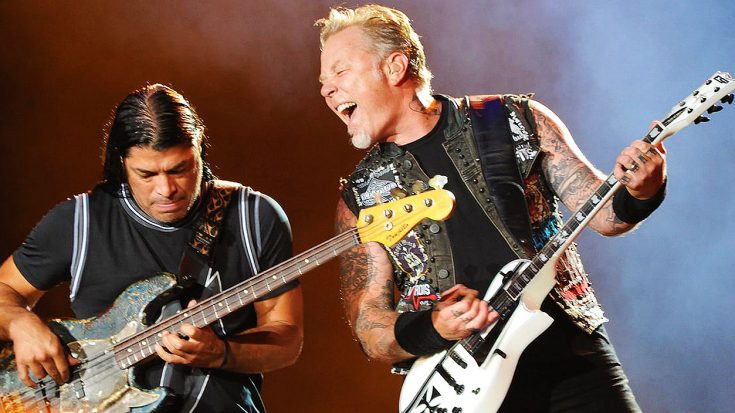 These Hard Rockers have a soft side!

Metallica may come off as an angry group of musicians. I mean, there music is pretty aggressive, and judging by the band’s appearance, one may judge a book by its cover and think they are incredibly terrifying and unfriendly.

But rest assured that the guys in Metallica are some of the nicest, and most genuine personalities in the music world. Not only that, they are extremely generous and caring of other people in the world, and that definitely showed last week during their concert in Colombia!

Metallica held a food drive, where they asked fans attending the concert to bring nonperishable food to assist the Wayuú community in La Guajira, in northern Colombia, where in the last eight years more than 4770 children have died due to malnourishment and a lack of drinking water. The 25,000 concert attendees brought more than 9 tons of food and other items! The items were donated to the Challenger Foundation and Corazones Peluditos (Furry Hearts), an independent organization of 40 families who help feed and re-home abandoned animals.

It’s pretty incredible to see how music and these artists can bring people together! People were able to enjoy themselves at the concert, and also have the satisfaction of knowing they helped out the people and animals of Colombia. Great job, Metallica!