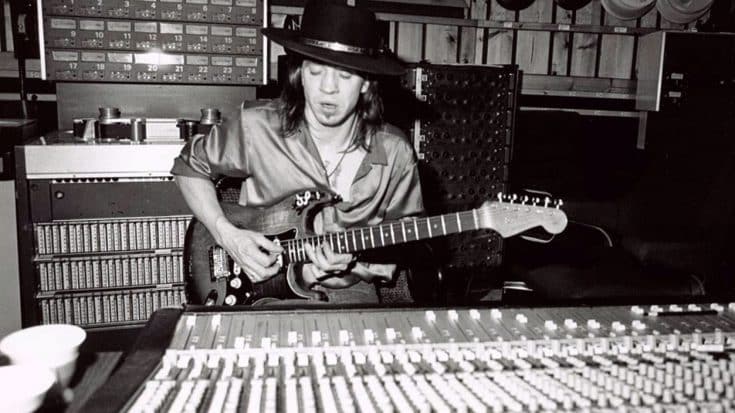 When late blues legend Stevie Ray Vaughan entered Jackson Browne’s personal recording studio in 1982 to record his double platinum debut album Texas Flood, I doubt that he knew he was about to create some serious magic when he began laying the framework for “Pride And Joy”.

His first and biggest hit to date, this classic Texas shuffle is one of those songs whose magic you appreciate because of all of the working parts that go into it – Tommy Shannon’s thundering walking bass line, Chris Layton’s steady hands keeping his bandmates on track from behind the drumkit – but what if “Pride And Joy” could be heard as Stevie originally laid it down from the privacy of his recording booth?

Fun Fact: According to Double Trouble drummer Chris Layton, Vaughan wrote “Pride And Joy” for a new girlfriend at the time.

Thanks to modern technology, we’ve got the isolated guitar track to “Pride And Joy,” complete with all of the little nuances that were ultimately lost in the song’s final mix and for the first time ever, we get to hear the song as Stevie and his bandmates heard it the day they recorded it. Every scrape of guitar pick against strings and weighted silence in between beats shines a light on the genius that was the late blues legend, creating a real must-listen for fans and critics alike to admire.

Take a listen to the audio below and if you’re anything like us, we know that you’re bound to be absolutely blown away by the power of “Pride And Joy” in its most natural state!