Sina Tackles Survivor’s ‘Eye of the Tiger’ And Proves Why She’s The Future Of Drumming! 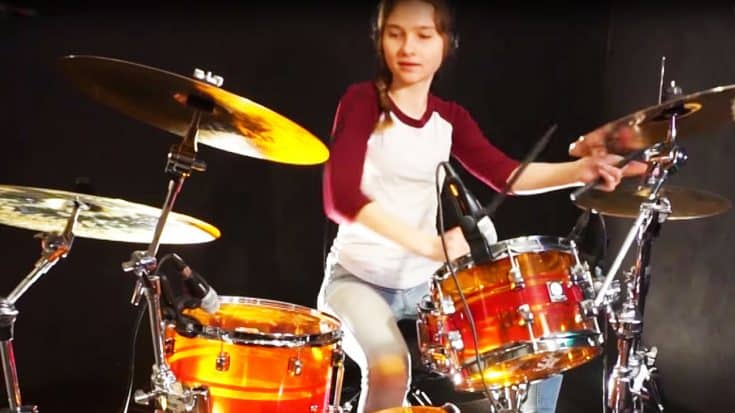 Sina is the eye of the tiger!

Our favorite drum prodigy is back! Sina has returned with another amazing cover! If you’ve been an avid follower of this website, you’ve probably seen us share her wok before. But if not, prepare to be amazed by one of the best drum prodigies on YouTube!

Sina returns with an amazing cover of Survivor’s “Eye of the Tiger.” Although this song may seem a little basic, Sina’s timing, fills and all around skills take it to the next level! Not only that, she also plays the tambourine, to add even more effects to the song! She’s one of the best up and coming drummers on the internet, and her future looks incredibly bright! We know for a fact that one day she will be in a band, and up on stage performing in front of thousands of people!

Fun Fact:The iconic title of this song was not a sure thing. Jim Peterik told us: “At first, we wondered if calling it ‘Eye Of The Tiger’ was too obvious. The initial draft of the song, we started with ‘It’s the eye of the tiger, it’s the thrill of the fight, rising up to the spirit of our rival, and the last known survivor stalks his prey in the night, and it all comes down to survival.’ We were going to call the song ‘Survival.’ In the rhyme scheme, you can tell we had set up ‘rival’ to rhyme with ‘survival.’ At the end of the day, we said, ‘Are we nuts?’ That hook is so strong, and ‘rival’ doesn’t have to be a perfect rhyme with the word ‘tiger.’ We made the right choice and went with ‘Eye Of The Tiger.'”