Graham Nash Recalls When He First Met The Beatles, And Reveals Untold Secrets About Their Past! 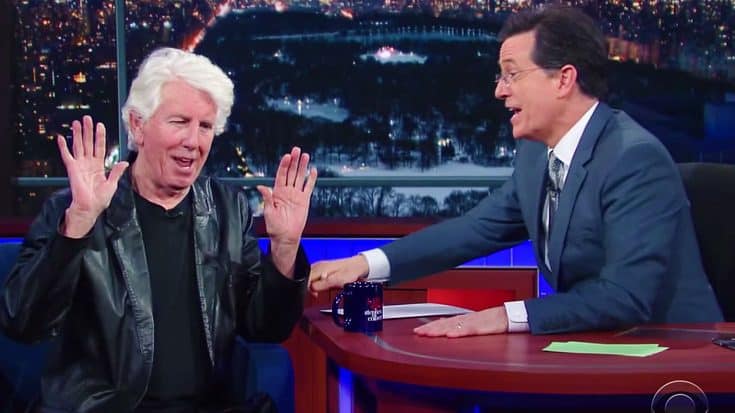 Image via YouTube channel The Late Show with Stephen Colbert

“Everyone knew they were special.”

Pretty much everyone on the face of the earth knows the Beatles. The pop/rock band is arguably the biggest band of all time, and jumped onto the scene in 1960. They would go on to sell countless amounts of records, and dominate the music world for the near 10 years they were together. Even up to today, they have preserved their legacy and still remain relevant.

But who were they before they became “The Beatles.” In an interview, Graham Nash from Crosby, Stills, and Nash, sat down with Stephen Colbert and dished out some details about the Beatles’ early days.

Fun Fact: Nash met them in the winter of 1959, right before their big break.

At the time, they were known as Johnny and the Moon Dogs, and Nash revealed that even everyone in the music world knew that these four guys were going to make noise in the industry, and be huge! He says that no one could wrap their head around what they had, but they were sure they had “it.”

Check out the clip down below! It’s brilliant!