Eric Clapton Spotted In Wheelchair, And Fans Are Beyond Worried 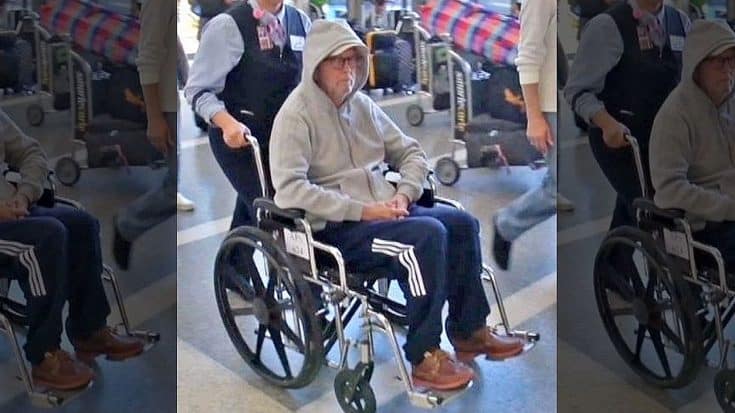 2017 is off to a shaky start for rock legend Eric Clapton as he battles a bout of ‘severe bronchitis’ that’s left him temporarily sidelined and forced to cancel a set of Los Angeles dates, pushing them back to September.

From a statement released: “Due to severe bronchitis and under doctor’s advisement, Eric Clapton is rescheduling this weekend’s two shows at The Forum in Los Angeles.”

Fans are understandably disappointed, but it’s a recently surfaced photo of Clapton in a wheelchair that’s got them more than a little worried.

Moving through LAX with his daughters late last week when a fan snapped a photo of him in a wheelchair, Clapton looks to be taking it easy these days as he recovers from his illness and at 72, it goes without saying that something like bronchitis could very easily spell disaster if left unchecked so thankfully, he’s taking the necessary steps to get the much needed rest that will allow him to heal and recover.

We’ll miss Eric on the stage this spring, but we need him around for years to come – here’s wishing for a speedy recovery and a clean bill of health!