Would You Believe These 10 Rock Songs Can Get You To Doze Off? 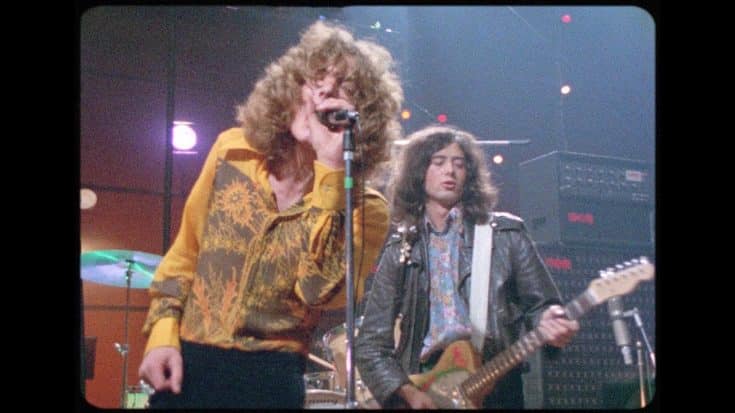 A new study showed that a number of classic rock songs shared some characteristics with lullabies and can actually put someone to sleep. It states, “We analyzed 100 lullabies on Spotify using 10 audio features such as tempo and scale (major or minor). And then we compared our results to a curated list of 1,721 songs, including Spotify’s most streamed and essential tunes from a range of genres,” (courtesy of mornings.co.uk). Here’s the list of Top 10 Most Sleep-Inducing Rock Songs, take a look below.

1. “Your Song” – Elton John
Who knew that John’s first international Top 10 chart single can put you to sleep? This song was released in 1970 as one of the tracks on his self-titled debut.

2. “Going To California” – Led Zeppelin
A passion project that turned into a classic ballad that now has turned into a lullaby apparently, written by Jimmy Page and Robert Plant. It was released on their 1971 Led Zeppelin IV.

3. “Mona Lisas and Mad Hatters” – Elton John
Yes, we got two Elton John’s on the list. The Rocket Man just might became the new Lullaby King. This was released on the 1972 album Honky Château.

4. “Golden Slumbers/Carry That Weight” – The Beatles
Written by Paul McCartney and released on their 1969 album Abbey Road. This song is actually based on the poem “Cradle Song,” so it’s no surprise that it made it to this list.

5. “Wish You Were Here” – Pink Floyd
The title track on the band’s 1975 album. Roger Waters, who wrote the song has once said this song was based on a poem he wrote about Syd Barrett’s fall from reality.

6. “The Load” – Jackson Browne
This song is actually a tribute to his roadies and fans, released on his 1977 album Running on Empty.

7. “Walk On The Wild Side” – Lou Reed
Released on his second solo album, Transformer in 1972. It was produced by David Bowie and Mick Ronson and was said to be a tribute to Andy Warhol’s “factory” of friends and superstars from the New York underground. While, some says it’s about the cross-dressers who come to NYC and become prostitutes.

8. “Every Breath You Take” – The Police
From their 1983 album Synchronicity, written by Sting, it’s the band’s only No. 1 hit on that chart that became the biggest US and Canadian hit of that year, topping the Billboard Hot 100 singles chart for eight weeks.

9. “Desperado” – Eagles
Written by Glenn Frey and Don Henley and appeared on their 1973 album with the same title. Maybe you can listen to this if you’re desperate to get some sleep.

10. “Imagine” – John Lennon
From his 1971 album of the same name. It is of course, the best-selling single of his solo career and one of the most beautiful and inspiring songs of all time.