What’s Ex-Megadeth Bassist David Ellefson Is Up To Now 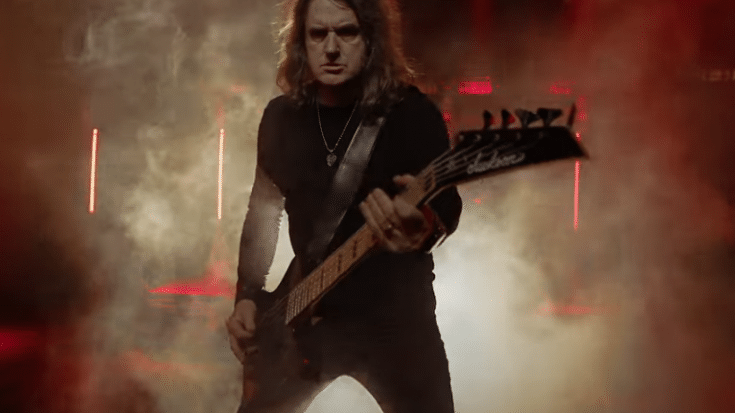 David Ellefson, former Megadeth bassist, has recently debuted with a new band, Dieth, and released their first music video for the song “In the Hall of the Hanging Serpents.”

Founded in Gdańsk, Poland, the band describes their genre as death-thrash metal. Ellefson has teamed up with rock veterans like himself. He is joined by Guilherme Miranda on vocals, former Entombed A.D., from 2019 to 2021, and drummer Michal Łysejko, former Decapitated from 2014 to 2018.

Speaking about the band, Miranda stated:

“It has been so much happening lately (in life), feeling the need to express ourselves accordingly. Create something new, have a fresh start.

“Personally, it was a matter of life or death to come back playing music. To do something truly meaningful and finally cope with the anger and grief. Sometimes you have to die inside to be reborn. This is what Dieth represents, a new sonic driving force that leave the past behind.”

“The three of us have all been recognized in our respective bands and careers but at some point, we had to close the door on those exploits to let something new begin and now we have found it in Dieth. In fact, the name itself is about dying to one’s past so that something new can spring forth to create the next chapter of life. And, that is a connection the three of us hold in common.”

“For me, Dieth is awakening from a creative lethargy, with the full feeling that the time has come.

“The lightness with which Dieth’s music flows from us, combining our inspirations and experiences into a whole, is proof of this. The fact that the band was formed in the tri-city I come from has a symbolic meaning for me.”

Stream the song below.