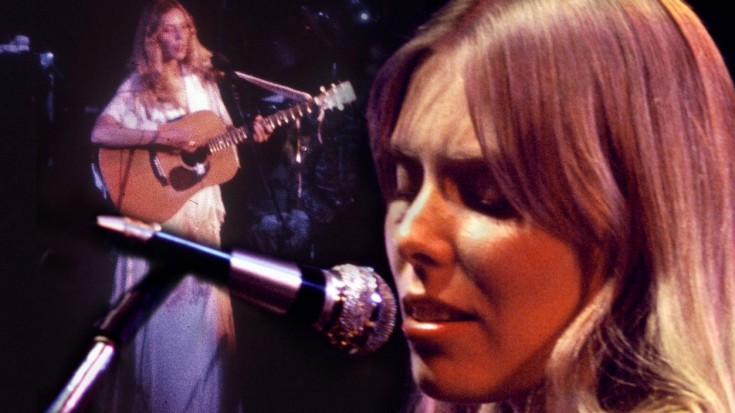 “They Paved Paradise, And Put Up A Parking Lot…”

When all is said and done, singer-songwriter Joni Mitchell is going into the history books as one of the most important women in music, and it’s because of songs like ‘Big Yellow Taxi’. Written in 1970, ‘Big Yellow Taxi’ is a song as much about environmentalism as it is about taking things for granted and never knowing what you have until its gone, and Joni’s performance of this song speaks to both the adult missing childhood as much as it does the environmentalist, mourning the loss of a forest. In fact, if this wasn’t the live performance that put her on the map, it should have been; at 27, Joni Mitchell was freckle faced and beautiful, with a vocal range that was often underestimated.

While ‘Big Yellow Taxi’ is sung mostly in her usual high, breathy tones, there are a few moments where Joni hits notes you never thought possible – especially that final deep note at 2:37!

Joni Mitchell absolutely shines in this performance, and it’s easy to see why nearly 50 years later, she’s still a household name and a prominent figure in the music world. They may have paved paradise to put up a parking lot, but Joni’s musical legacy is one that’ll stand the test of time.