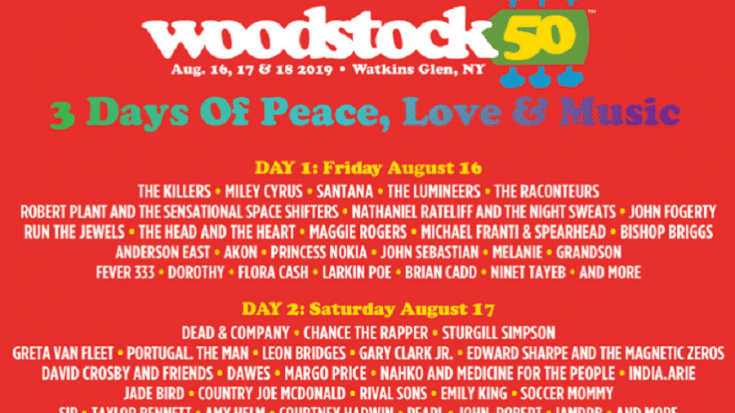 Another Day, Another Problem

Just a little over two months before Woodstock 50 opens but problems keep on piling up. The concert was supposed to be held at a New York raceway called Watkins Glen International in a sudden turn of events, they have terminated their contract with Woodstock 50. In a statement released, they wrote:

“Watkins Glen International terminated the site license for Woodstock pursuant to provisions of the contract. As such, WGI will not be hosting the Woodstock 50 Festival.”

Not too long after the announcement, producer CID Entertainment followed suit:

One of the principal organizers, Gregory Peck, issued a statement saying they’re negotiating the change of venue but that the festival will still push through.

“We confirm that we will not be moving forward with Watkins Glen as a venue for Woodstock 50. We are in discussions with another venue to host Woodstock 50 on August 16th — 18th and look forward to sharing the new location when tickets go on sale in the coming weeks.”