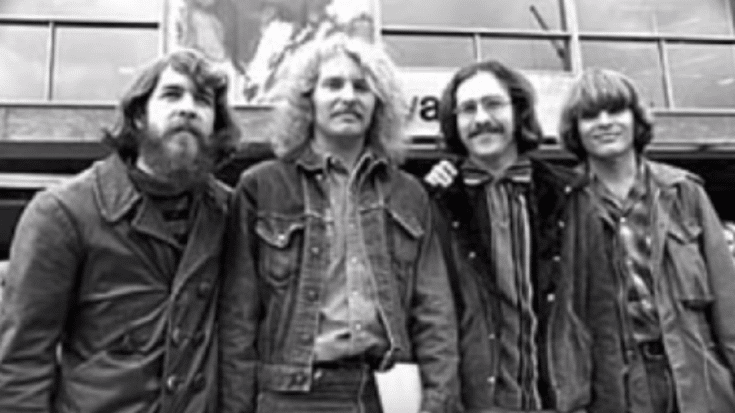 At their creative and commercial peak, Creedence Clearwater Revival were unlike any other rock group. Their self-titled debut album allowed them to break into mainstream although critics weren’t exactly impressed with them. Their succeeding records only proved that they were a force to be reckoned with as their albums spawned a string of classic hits that would stand the test of time.

There were conflicts behind-the-scenes which is why we’re putting the spotlight on these 10 timeless tracks that showed the band’s musical brilliance.

That riff at the beginning of the song is way too good. It’s vibrant and cheerful – perfect for long road trips.

More cowbell! Although it’s been covered several times, CCR’s version became the most popular and it even cracked the top 20.

It’s one of the best that swamp rock has to offer.

The lyrics may be a bit odd but it’s catchy and whimsical.

The vocal performance is flat-out impressive – not to mention the melody and beat!

One of their most popular tunes, this never fails to make listeners feel nostalgic.

The drum, guitar, and bass – everything about it screams masterpiece.

It’s a killer tune and a classic through and through.

It might be upbeat and all but looking closely, it’s a pretty dark song but still brilliant for all that.

A historical track – this remains an anti-war rock anthem.