Woman Takes Stage To Sing ‘Living On A Prayer’ – But What Do The Judges Hear? Everyone Is Stunned 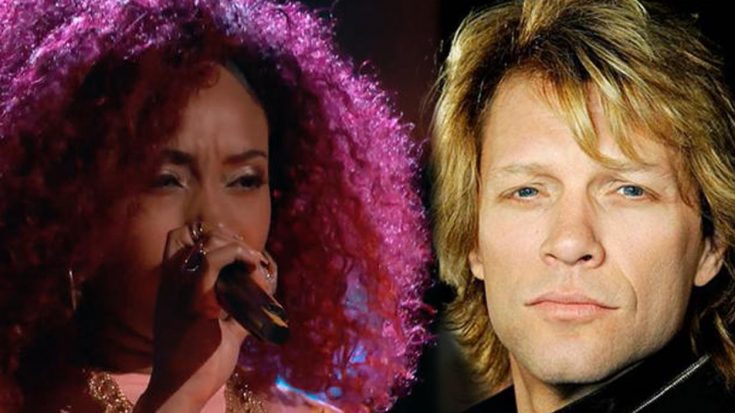 Sa’Rayah Stuns Everyone With Her Monumental Performance Of Living On A Prayer!

The hit television show The Voice has been the source of some of the greatest live performances and thus has become the spiritual birth place of some of today’s greatest singers. All that, and time has proven that that will change anytime soon. The show is also based on the guarantee that these singers will often cover some of rock’s greatest and most timeless rock anthems. And that much is made known is such a monumental way in the video we have here!

What you’re about to watch is a performance from a very talented singer by the name of Sa’Rayah take to the stage and perform the hit classic by Bon Jovi called Living On A Prayer. All truly seems normal at first, but as soon as she starts singing, everyone, including the judges are stunned. See for yourself!