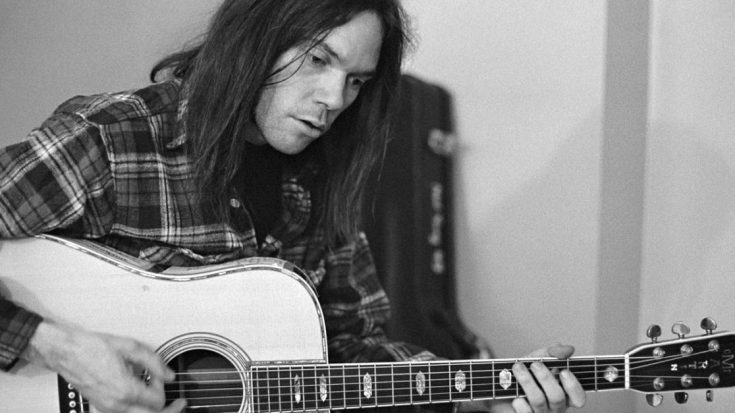 We all know the story; Neil Young wrote “Southern Man” and “Alabama” as a jab towards the South’s ugly history of racism and Lynyrd Skynyrd responded in 1974 with the now iconic “Sweet Home Alabama,” dealing out their own parting shot at the Canadian singer-songwriter. Just like that and with the now famous line “Well, I heard Mister Young sing about her/Well, I heard ole Neil put her down/Well, I hope Neil Young will remember/A southern man don’t need him around anyhow,” a heated feud was born in the minds of Lynyrd Skynyrd fans

That couldn’t have been further from the truth.

Ronnie Van Zant: “We wrote ‘Alabama’ as a joke. We didn’t even think about it – the words just came out that way. We just laughed like hell, and said ‘Ain’t that funny’. We love Neil Young, we love his music.”

Neil Young: “I think “Sweet Home Alabama” is a great song. I’ve actually performed it live a couple of times myself. My own song “Alabama” richly deserved the shot Lynyrd Skynyrd gave me with their great record. I don’t like my words when I listen to it today.”

Not only were Lynyrd Skynyrd and Neil Young tremendous fans of each other’s work, there were actually plans to collaborate on “Powderfinger,” written by Young specifically for Lynyrd Skynyrd shortly before the October 20, 1977 crash that ultimately claimed the lives of Ronnie Van Zant, Cassie Gaines, and Steve Gaines.

In the weeks after the crash, Neil extended his deepest condolences to the families and friends of those killed and paid tribute to Ronnie Van Zant at a Miami, Florida benefit concert with “Alabama” and a brief segue into Van Zant’s own “Sweet Home Alabama” – a fitting tribute to a man whose tremendous songwriting ability has earned him the title of one of the greatest rock and roll poets of our time.