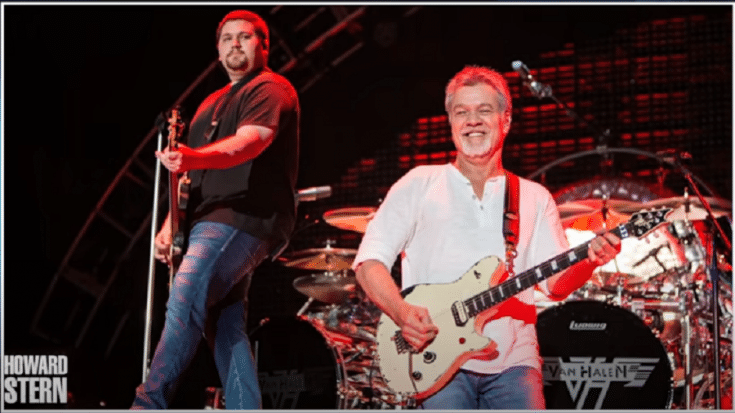 They All Laughed It Off

In a new interview with SPIN magazine, Wolfgang Van Halen has revealed a hilarious prank their road crew played on frontman David Lee Roth during the band’s final show at the Hollywood Bowl in October 2015.

He said no one’s asked him about it before and went on to share that throughout the whole tour, Diamond Dave has been annoyed by the beach balls in the audience during their concerts.

It was their tour manager who approached Wolfgang and his dad, Eddie, to tell them about a practical joke they’re gonna play on Roth.

Wolfgang recalled, “Before the very last show, the tour manager came up to my dad and me and whispered, “Hey, you’ve got a funny little surprise for all of you guys at the end of the show.” We’re like, “What?” And he goes, “At the very end of ‘Jump’ when you’re doing the ride out, we’re going to release 50 beach balls from the top of the audience. And we’ll just see what happens.” But even if he gets pissed off, what was he gonna do? It’s the last fucking show.”

He added, “And sure enough, we get to “Jump,” and there was just a cavalcade, an avalanche of beach balls, and Dave was just, like, short-circuiting. He didn’t understand how to handle it. But we all laughed it off. And it was just a really fun, almost like a fun practical joke. And yeah, that was a really fun memory of that show. As time went further and further by, the more I thought about it like, “Wow, if that is the last show, what an amazing way to cap it off.””

Wolfgang recently released the single “Distance” which is his tribute to his late father, Eddie Van Halen.