7 Classic Rock Duets That Took Over The ’70s 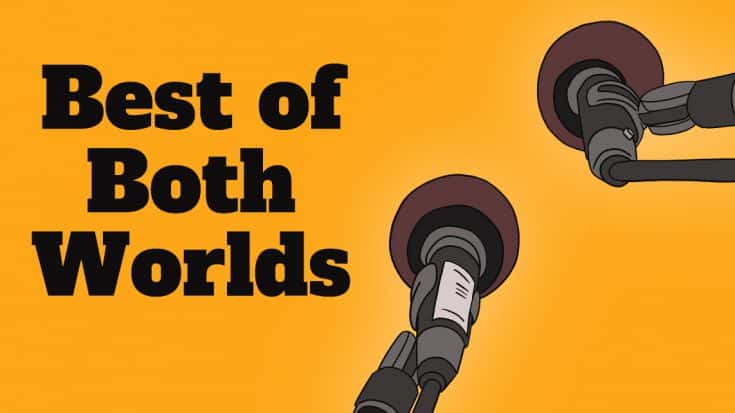 Best of Both Worlds

The ’70s is often remembered as the golden era of rock ‘n roll – countless singles and albums that dominated the airwaves, sold-out shows, the birth of rock subgenres. But for this list, we’re looking back at duets that are both unforgettable and timeless. These singers just suited and complemented each other’s style.

The extended version of the song featured a harder rock edge and clocks in at almost 12 minutes. It was a huge hit but they never performed it together live. According to songwriter Bruce Roberts, “Barbra was not as comfortable in the genre of disco or dance music, so I first went in and sang Barbra’s part as a guide vocal. It was finished overnight. It was just finished so quickly.”

The pair recorded this for the film version of the musical “Grease.” It played during the finale of the movie. It’s interesting to note that Olivia Newton-John was nervous about appearing in the movie because she had little acting experience but what helped ease her anxiety was John Farrar who penned the track since they’ve worked together before. Farrar wrote & produced some of her previous hits.

Neil Diamond originally wrote it with Alan and Marilyn Bergman for the TV sitcom “All That Glitters.” It was supposed to be the theme song but when the show’s concept was changed, Diamond reworked the track and expanded it. He first recorded it for the eleventh studio album “I’m Glad You’re Here with Me Tonight” and a few months later, Barbra Streisand covered it. It was the radio stations that created unofficial duets by splicing the two versions which is why the two singers ended up recording it together.

Elton John originally planned to record it with Dusty Springfield but ultimately teamed up with Kiki Dee. John recorded the song in Toronto with his band and then sent the tape to London for Dee. She recalled, “I remember getting a copy of it with Elton singing his vocal and also doing my part in a high voice! I worked hard on my parts. Elton had already stamped the song with his vocal, which in a way is quite good, ‘cos it gives you a groundwork on how you’re gonna sing it. The precedent has already been set by him, and the writing and production of the song. I seem to remember working quite hard to get the right attitude. Good vocals are always hard work.”

An original by Roy Harper, Kate Bush and Peter Gabriel recorded it in 1979 for her TV special. This cover led to a collaboration between Bush and Harper.

They were in the same studio at the time which is why Donovan got recruited to record his vocals for the song. He said, “I had heard this track and he asked me to put a vocal on it and I said ‘Sure. But it’s so big and so bouncy and so loud, I think I’m going to have to get into a falsetto!’ No one believed it was me!”

Diana Ross and Michael Jackson recorded it for the film “The Wiz”. Produced by Quincy Jones, it’s one of his first collaborations with Jackson.