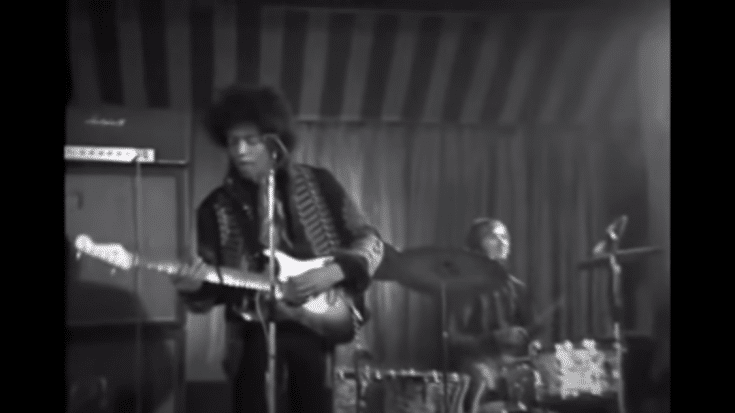 This was before Hendrix made history at the Monterey Pop Festival later that year and at the Woodstock Festival in 1969. And so for their Beat Club appearance, he was still an obscure artist to American audiences.

1967 was quite a year for Hendrix because he released Are You Experienced in May 12 and the LP is widely considered as one of the greatest and most stunning debuts in rock history.

Fellow virtuoso Jeff Beck recalled, “When I saw Jimi we knew he was going to be trouble. And by ‘we’ I mean me and Eric [Clapton], because Jimmy [Page] wasn’t in the frame at that point. I saw him at one of his earliest performances in Britain, and it was quite devastating. He did all the dirty tricks – setting fire to his guitar, doing swoops up and down his neck, all the great showmanship to put the final nail in our coffin. I had the same temperament as Hendrix in terms of ‘I’ll kill you’, but he did in such a good package with beautiful songs.”