With Just 3 Days To Go, Controversial Band Pulls Out Of Trump’s Inauguration 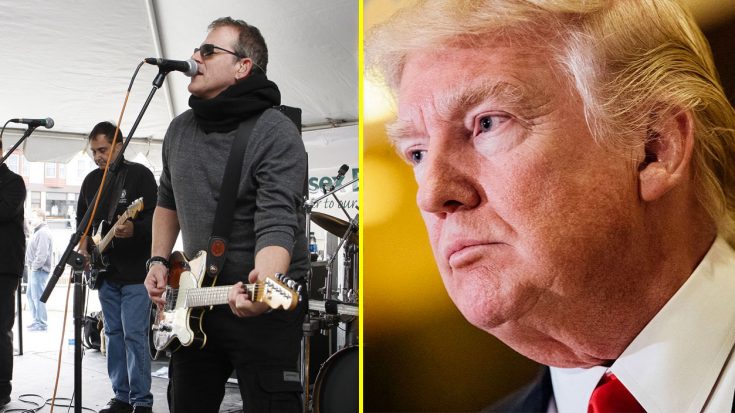 B Street Band Pulls Out Ahead Of Inaugural Celebration

As the days wind down to President-elect Donald Trump’s inauguration this Friday, we’ve got a pretty clear picture of who will be in attendance – but as of this morning, we have an even clearer picture of who won’t be attending the festivities as it was reported that Bruce Springsteen tribute band B Street Band have officially pulled out of their spot in the inaugural celebrations this weekend.

The nationally known Bruce Springsteen tribute band pulled out of the Garden State Inaugural Gala slated to take place the evening before the President-elect takes office, citing their respect for the artist whose music they’ve performed for over 35 years; founder Will Forte issued the following statement to the Bruce Springsteen fanzine Backstreets:

“With deepest apologies to our fans and the New Jersey Inaugural Ball committee, the B Street Band is withdrawing from performing at this year’s inauguration Gala. Our decision is based SOLELY on the respect and gratitude we have for Bruce and the E Street Band. Bruce’s music has been the foundation of our livelihood.

The B Street Band would not exist without the talents of Bruce and our E Street brothers. We are most grateful to these rock legends and look forward to many more years of emulating and performing the Forever Music, of Bruce Springsteen.”

Poor guys. They appear to have been booked more than four years ago by the New Jersey State Society, obviously having no clue as to who may or may not win an election that was several years away and sadly got caught in the crossfire of a fight they never wanted to be in in the first place. While we’re bummed that we won’t get to see them this weekend, we have no doubt that this was a decision that was not made lightly and we wish the B Street Band the best of luck!