“Wish You Were Here” Country Outlaw Style by Cody Jinks 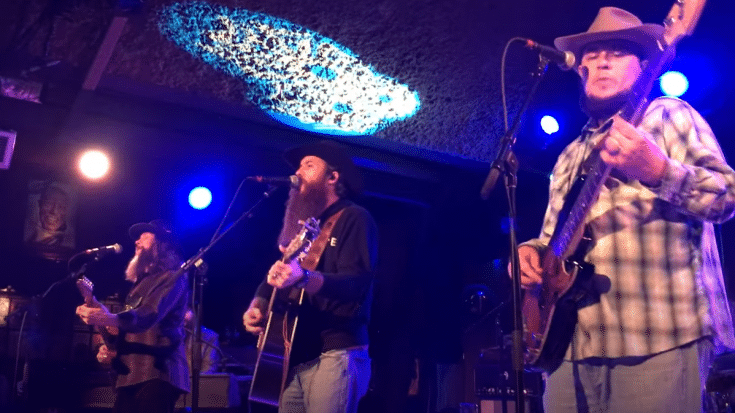 In January 2017, American outlaw country musician Cody Jinks performed Pink Floyd’s 1975 classic hit Wish You Were Here at the Belly Up Tavern in Solana Beach, California. No spoilers but let’s just say, he absolutely did justice to this timeless track. It’s beautifully done and we can’t stop watching it. Imagine witnessing this performance in person, just wow.

Wish You Were Here is the title track of Pink Floyd’s ninth studio album. Written by David Gilmour and Roger Waters, it’s one of their most popular and enduring songs. Waters once shared that the inspiration behind it was former leader and bandmate Syd Barrett and his battle with mental health problems particularly schizophrenia.

Both Waters and Gilmour agree that it’s one of Pink Floyd’s finest musical moments. Waters said, “All bits of it are really, really good. I’m very happy about it.” And as for Gilmour, he described it as “a very simple country song” and “because of its resonance and the emotional weight it carries, it is one of our best songs.”

It’s a fan favorite and after its debut in 1977, Pink Floyd did not play it live for ten years until 1987 when it reappeared on their setlist and was performed at almost every show.