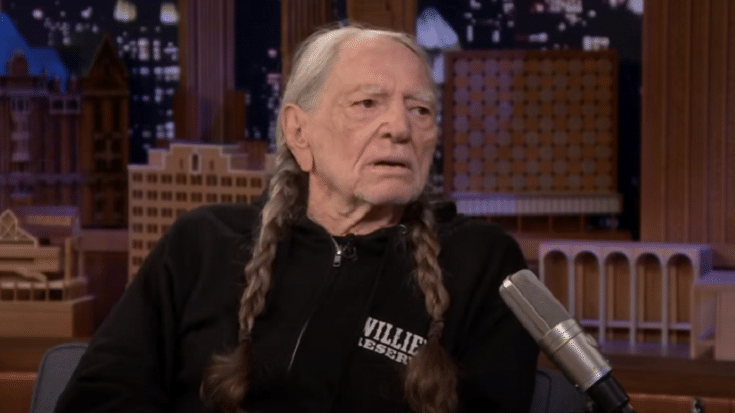 If there are two things Willie Nelson loves as much as music, it’s his horses and his weed. And even though he’s country music royalty, he never stops sharing his blessings. So when he’s not saving horses or participating in fundraising events, he’s giving away…. marijuana?

Yep, you read that right.

Led Zeppelin frontman Robert Plant shared in a new episode of his Digging Deep podcast a story about Willie Nelson giving away free weed from his tour bus.

Plant recalls, “The most cherished moment of my career was staying up for a couple of days. Not going home, just going to the next place. Finding that I was in transit forever.”

He then reveals, “We were invited to play with Willie Nelson a couple of months ago and he was travelling through his tour with his big bus giving away weed to everybody. He just gives it away. It’s a truckload from here to the … mirrorball and beyond. Free. With doors to go in, get your little hit and go out the other side.”

Nelson also launched his own chain of cannabis shops in 2015 which he called Willie’s Reserve and he appointed himself as the “chief tester”. And to mark 4/20 last April, Nelson hosted an online variety show titled “Come And Toke It” which lasted for four hours and twenty minutes.