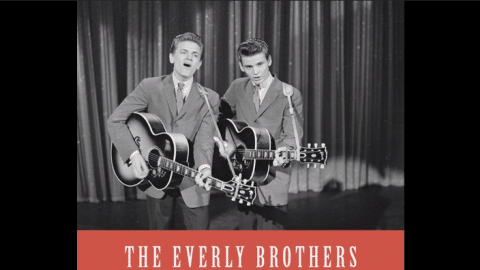 via The Everly Brothers - Topic/YouTube

The Everly Brothers – consisting of Don and Phil Everly – grew up in a musical family. Their father was a guitar player and both he and their mother sang together. In the 1940s, the duo sang on the radio with their parents under the name The Everly Family.

They had a string of hits that made them influential on the next generation of rock ‘n roll artists particularly in the ’60s and ’70s. Here are some facts about their songs.

Don Everly wrote it about a dalliance he had while on a tour in Australia. He said in 1998, “Her name was Lillian, and she was very, very inspirational. I was married, but… you know.”

The Everly Brothers didn’t like the song. Don Everly called it “corny” while Phil thought it “a strange song”. Thus, they were surprised when it became a hit.

It’s The Everly Brothers’ first hit on both sides of the Atlantic. Interestingly, the track was rejected by around 30 other artists before the duo managed to record it. It’s one of the favorite songs of Simon & Garfunkel which is why they covered it for their album “Bridge Over Troubled Water” and made it a staple in their live shows.

5. Crying In The Rain

They recorded it before being inducted into the Marine Corps Reserves. In fact, when they performed it on The Ed Sullivan Show on February 18, 1962, they were in full uniform. It’s the only song they released while in the military.

Phil Everly wrote it outside of an A&W root beer stand.

Banned by BBC because its lyrics were deemed to tragic and distressing to play on the radio, The Everly Brothers rarely played it live especially since they were constantly flying and the song is about a plane accident.

Written by Sonny Curtis of the Crickets, he showed an unfinished version of the song to the duo. They liked it and wanted to record it but since Curtis failed to send the second verse in time, the Everly Brothers just sang the first verse twice.

It simultaneously topped the charts in the US and UK. In 2013, it was included in the Library of Congress National Song Registry.

Some radio stations in Boston banned it because at the time, the lyrics were considered suggestive.