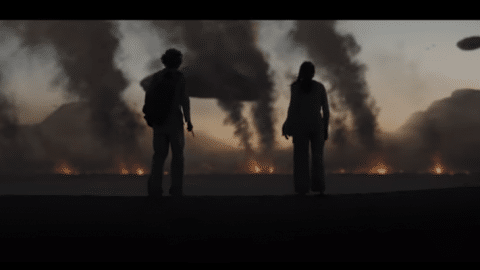 For The ‘Dune’ Trailer

Hans Zimmer took advantage of technology and used FaceTime to supervise a 32-person Los Angeles choir during the recording of the Pink Floyd classic “Eclipse” for the first trailer of the sci-fi film “Dune”. Zimmer reworked the track for the highly anticipated adaptation of Frank Herbert’s 1965 novel of the same name.

Zimmer spent most of his time during lockdown working on the movie’s original score. According to Variety, only four vocalists would gather at a time to ensure social distancing. With a total of eight sessions at Zimmer’s Remote Control studio in Santa Monica, he overlooked the entire process through video calls from his home studio. Aside from the twelve singers who performed the lyrics, twenty other members recorded the choral parts.

Zimmer’s choral contractor Edie Lehmann Boddicker said, “We followed all the [COVID-19] protocols. Everybody wore masks except when they were in their separate cubicles, divided by glass, all with their own mic’s, and everything was wiped down between sessions.”

Boddicker also revealed what Zimmer was aiming for, “He wanted to pay homage to the original, very back-phrased sound, a little spaced-out, so the vocals would not sound urgent. There’s a kind of joy happening in the track, a lot of hopefulness. It’s not despondent, just very peaceful and sounding not of this planet.”

Following the release of the trailer, Pink Floyd’s “Eclipse” got an increase in digital sales by 1,750 per cent according to Alpha Data.